After some time away, I cut the thwarts down to size. Unfortunately in doing so, I measured once and cut twice, making one arm of the rear seat too short. I had to cut away more and scarf in a new piece of wood, then refinish everything to make it sit flush. It should be fine in the end, though. 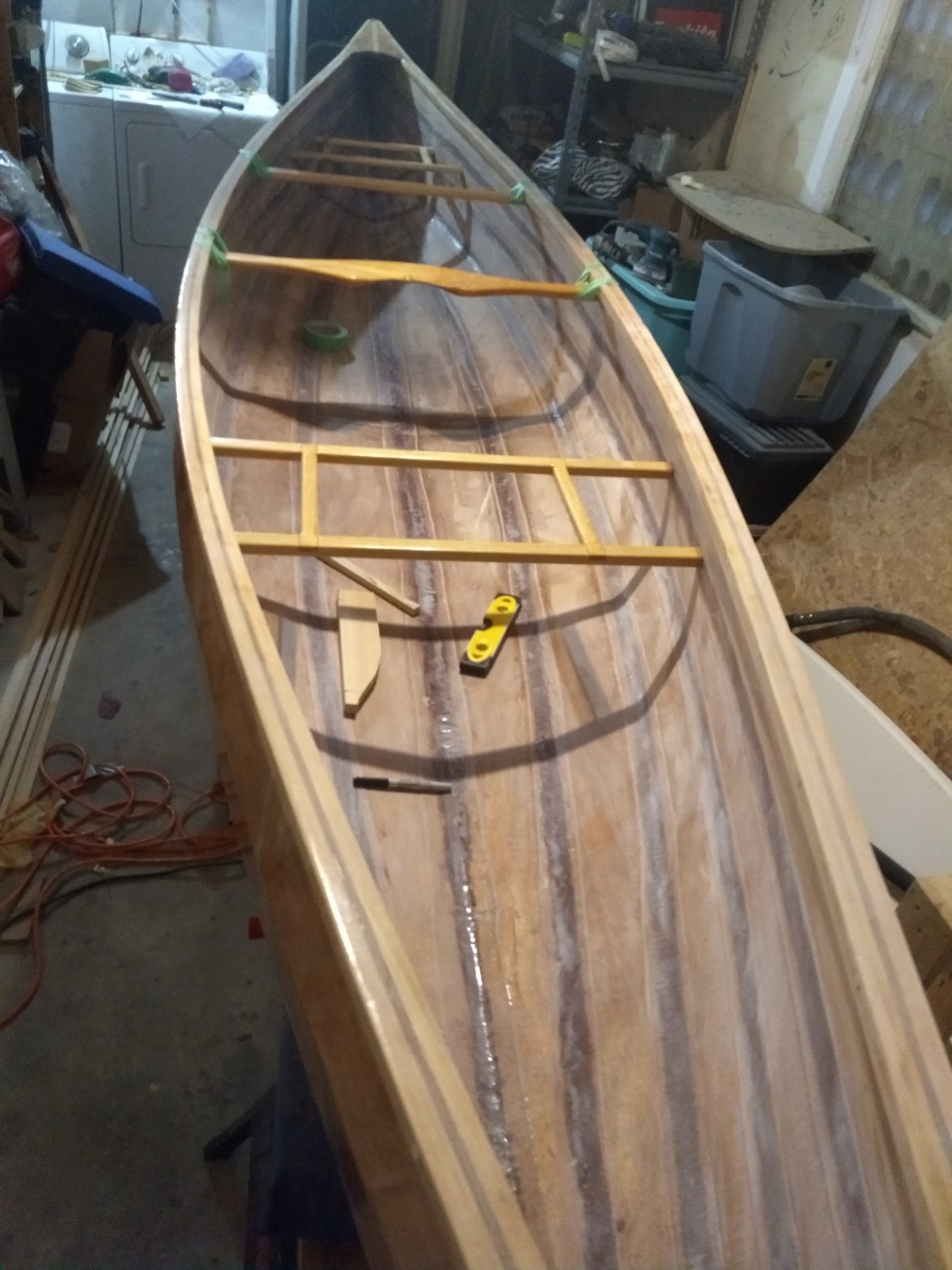 The plans said to nail through the hull into the ends of the thwarts, and affix with epoxy. This didn’t seem like the ideal approach, particularly if the seats were to ever be removed for repairs. Typically, seats are hung from the gunnels, and thwarts are bolted directly to the gunnels.

I decided to epoxy a piece of wood to the hull, then bolt the seats to that. This would give me much more surface area to adhere, and allow for the seats to be removed should I need.

For the thwarts, I drilled through the gunnels, before realizing that there just wasn’t enough room there to attach the thwarts - the holes would be in the very ends of the wood. I filled the holes back up with thickened epoxy, and attached extensions to the gunnels so there would be room for a proper connection. Since this section of wood was relatively short, and it would be supporting the yoke (and therefore the weight of the canoe), I decided to nail it in as well. Luckily I had exactly 4 boat nails left.

I didn’t want the bolts sticking up above the gunnel, since I’ll be sliding this canoe onto roof racks, so I countersunk the holes. 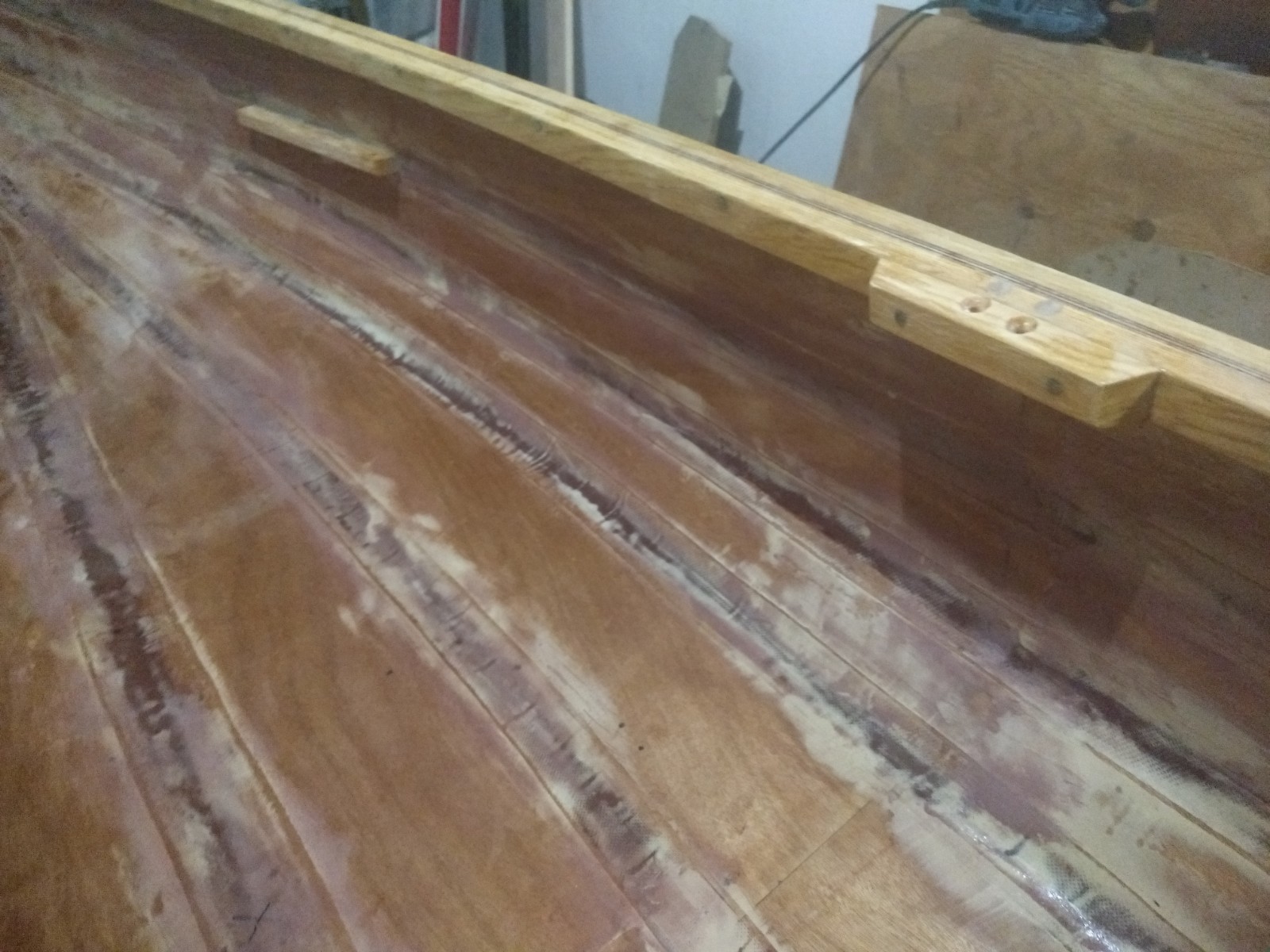 Meanwhile, I began the tedious work of fairing the inside of the hull. I really should’ve used peel ply for the taped seams. First I sanded the entire inside of the canoe, then filled in all the low spots with epoxy thickened with a fairing compound as best I could.

Here it is at that stage, with the thwarts and seats in their final positions. 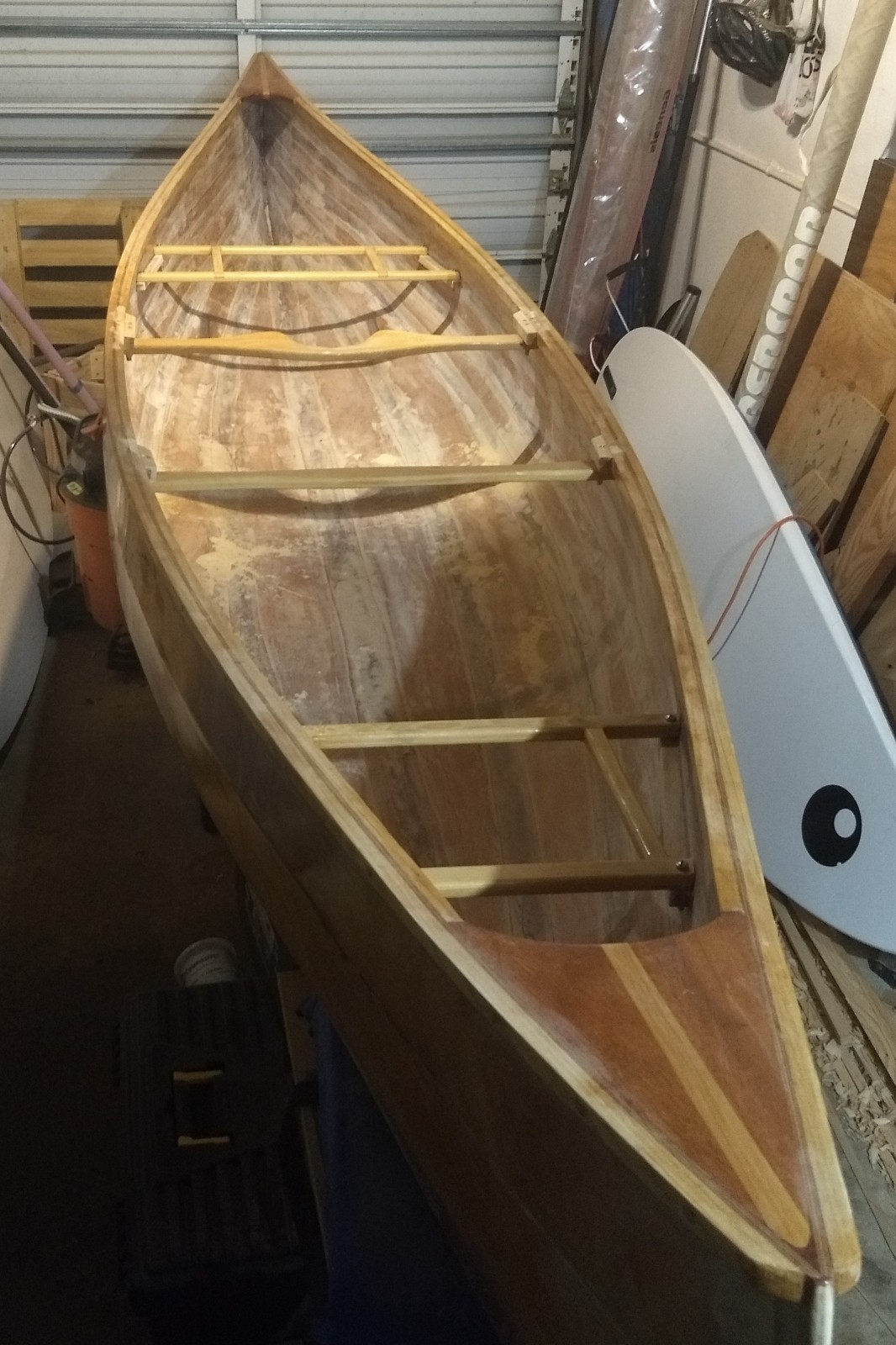 This wasn’t nearly enough fairing, so I ended up sanding the entire inside of the canoe again, and again spreading fairing compound over basically the whole thing. After sanding the inside a third time, it needed touch ups only in spots - I did maybe two rounds of that.

Finally, I spread on a thin layer of epoxy to harden the surface of the wood and to function as a sealer and primer before painting. 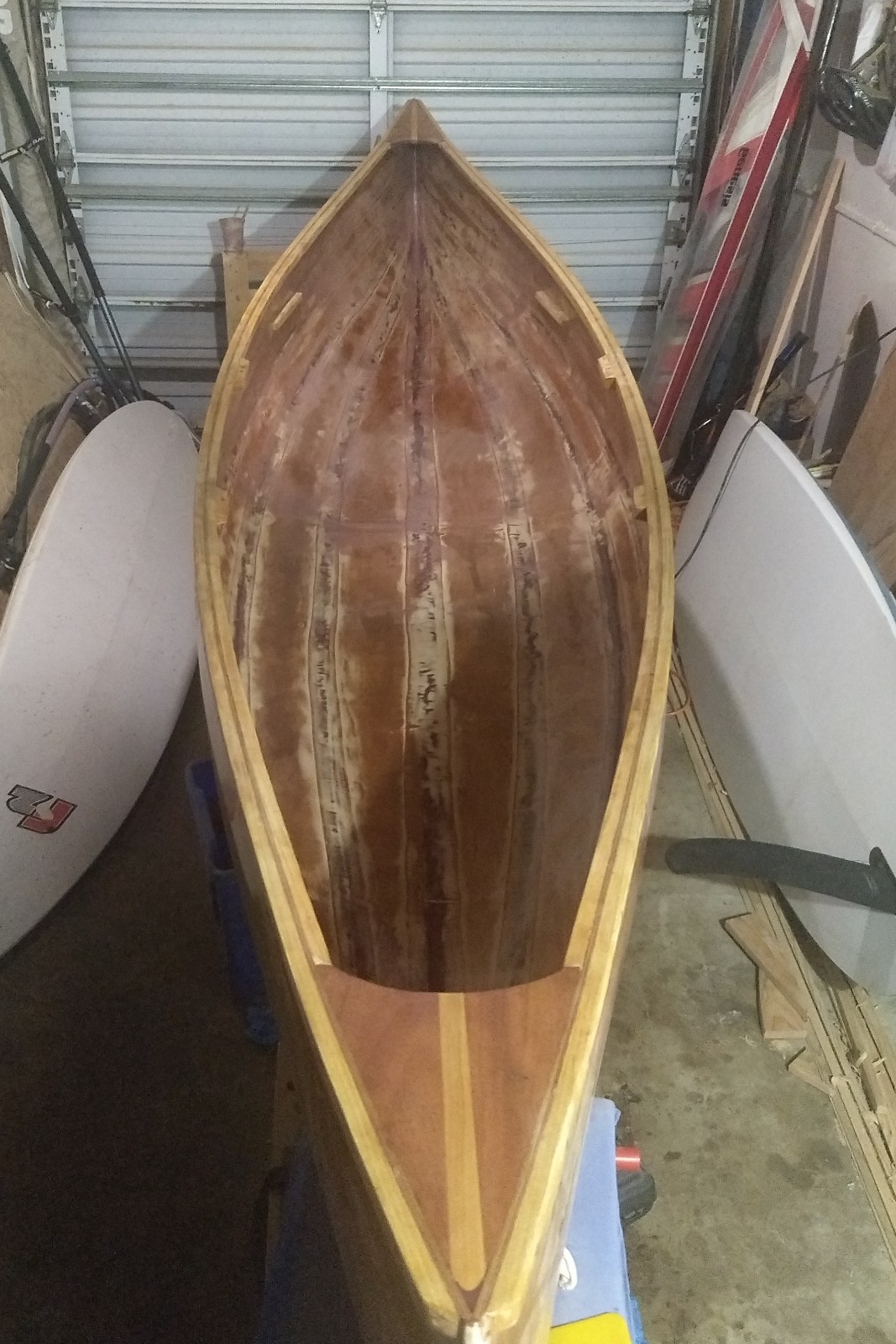