The crib is held together by bolts from the outside of the end pieces going into the ends of the long rails. Screws lose a lot of strength when going into end grain, since there aren’t wood fibers running perpendicular to the screw to hold the threads in place, only short, chopped fibers between the threads. To address this, I made dovetail caps to put on the ends of the rails, so I could screw into that, and the dovetail should keep it from ripping out (hopefully).

I rigged up a simple little jig to hold my slats on end while I run them over the router table. This worked well enough, but I wouldn’t have minded something a little more stable. 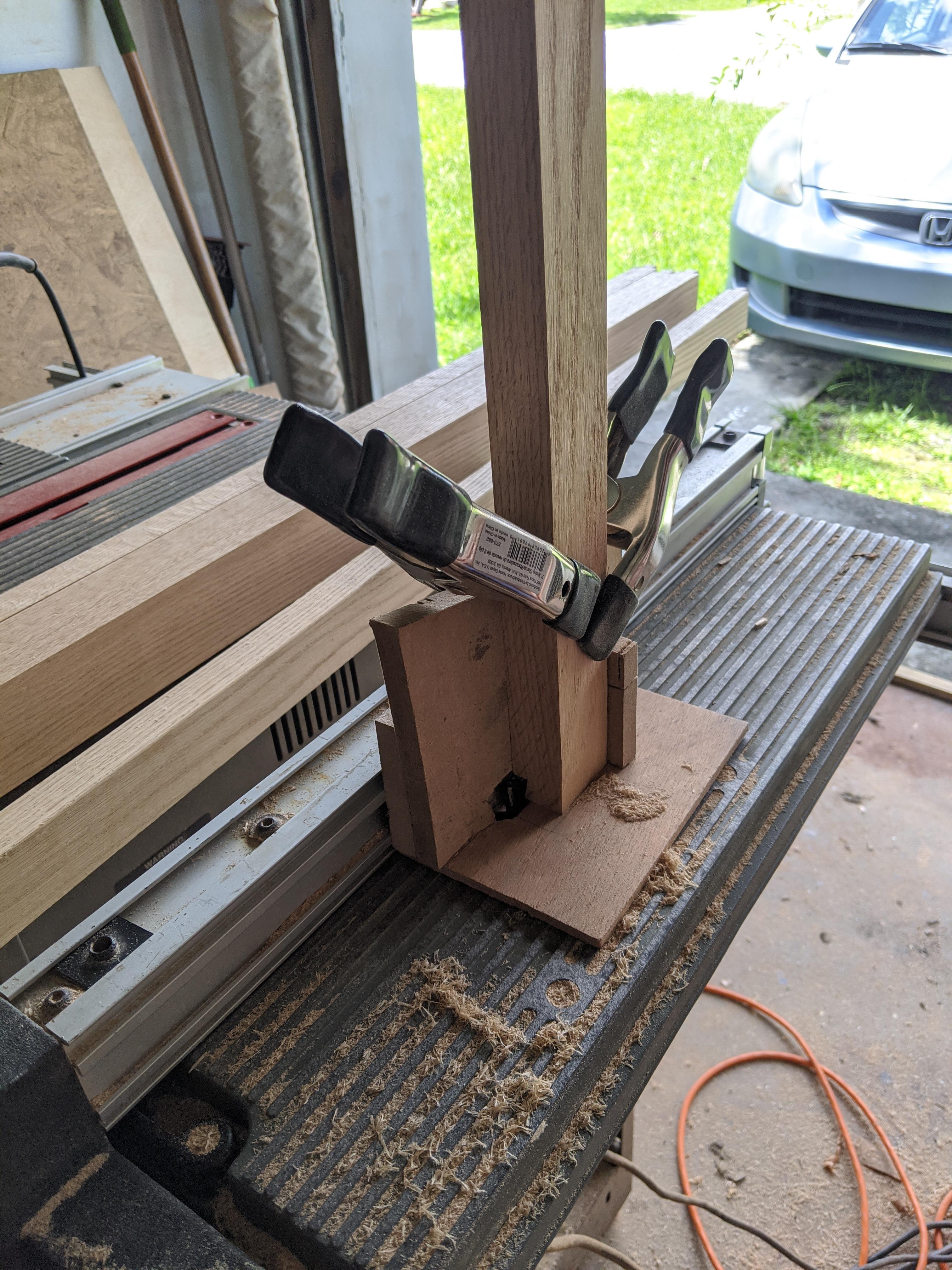 The end caps were easier - I adjusted the fence to widen the slat until it fit the dovetails on the rails. 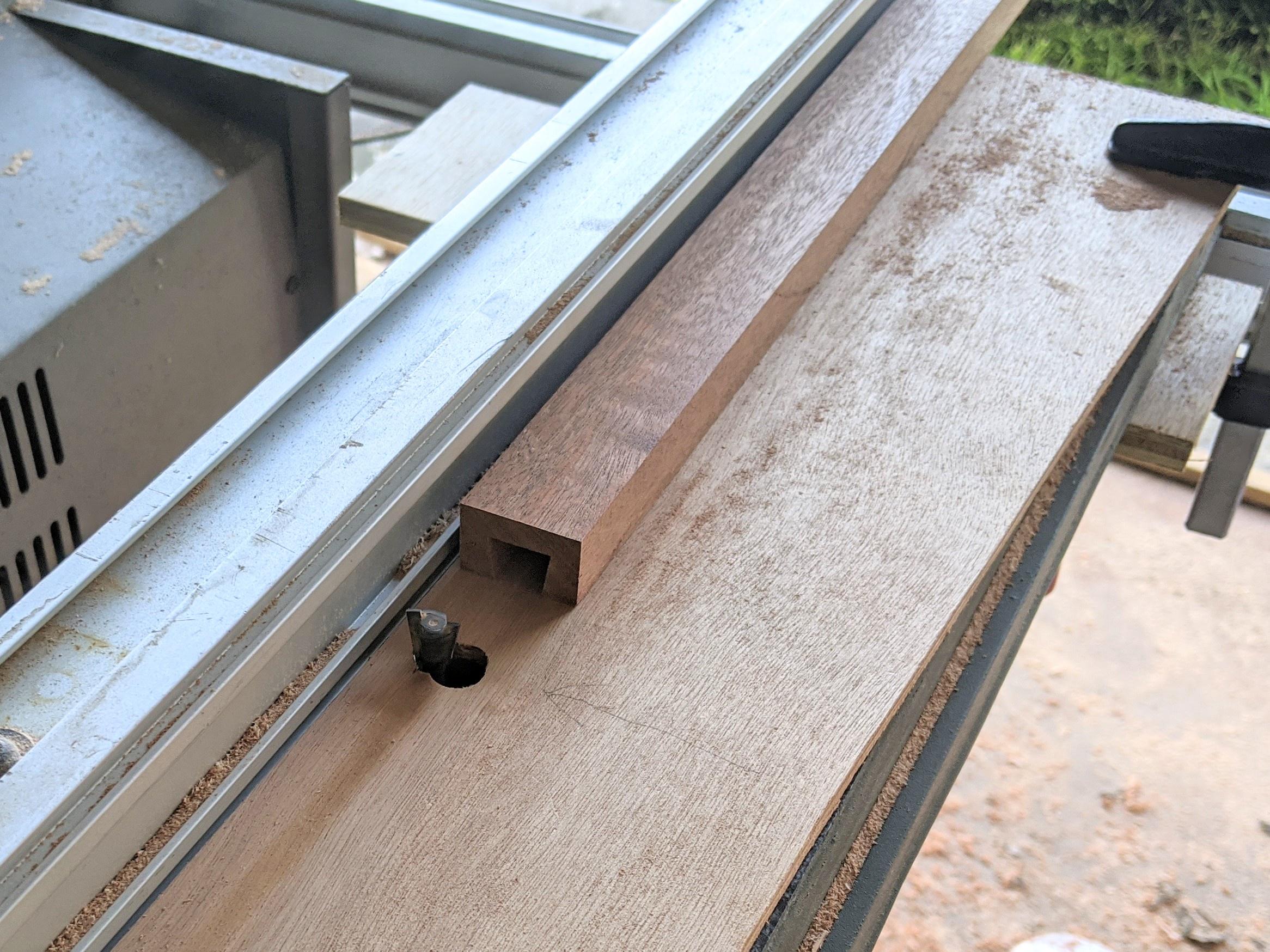 Here’s everything cut, with the fit being fine-tuned piece-by-piece 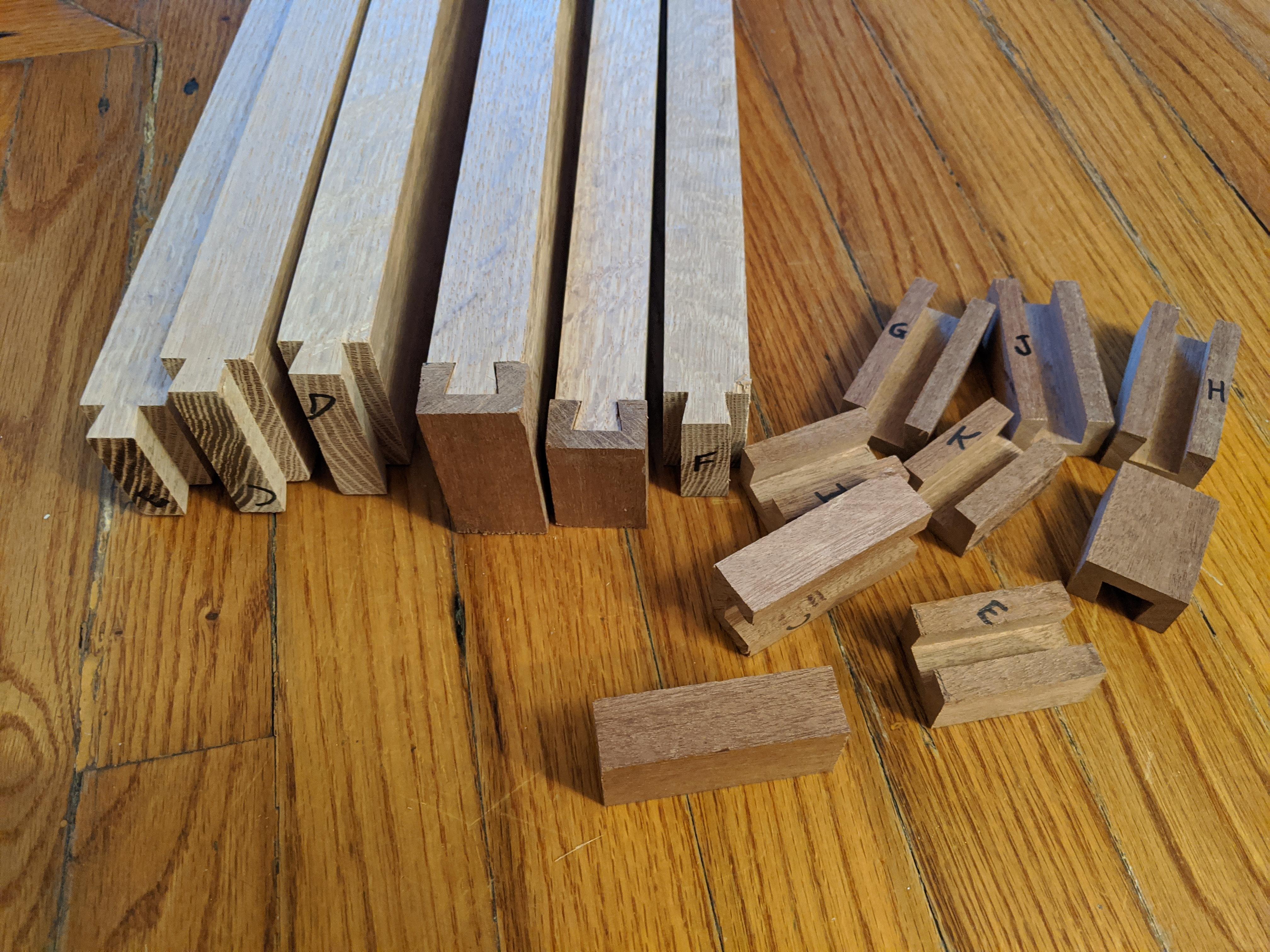 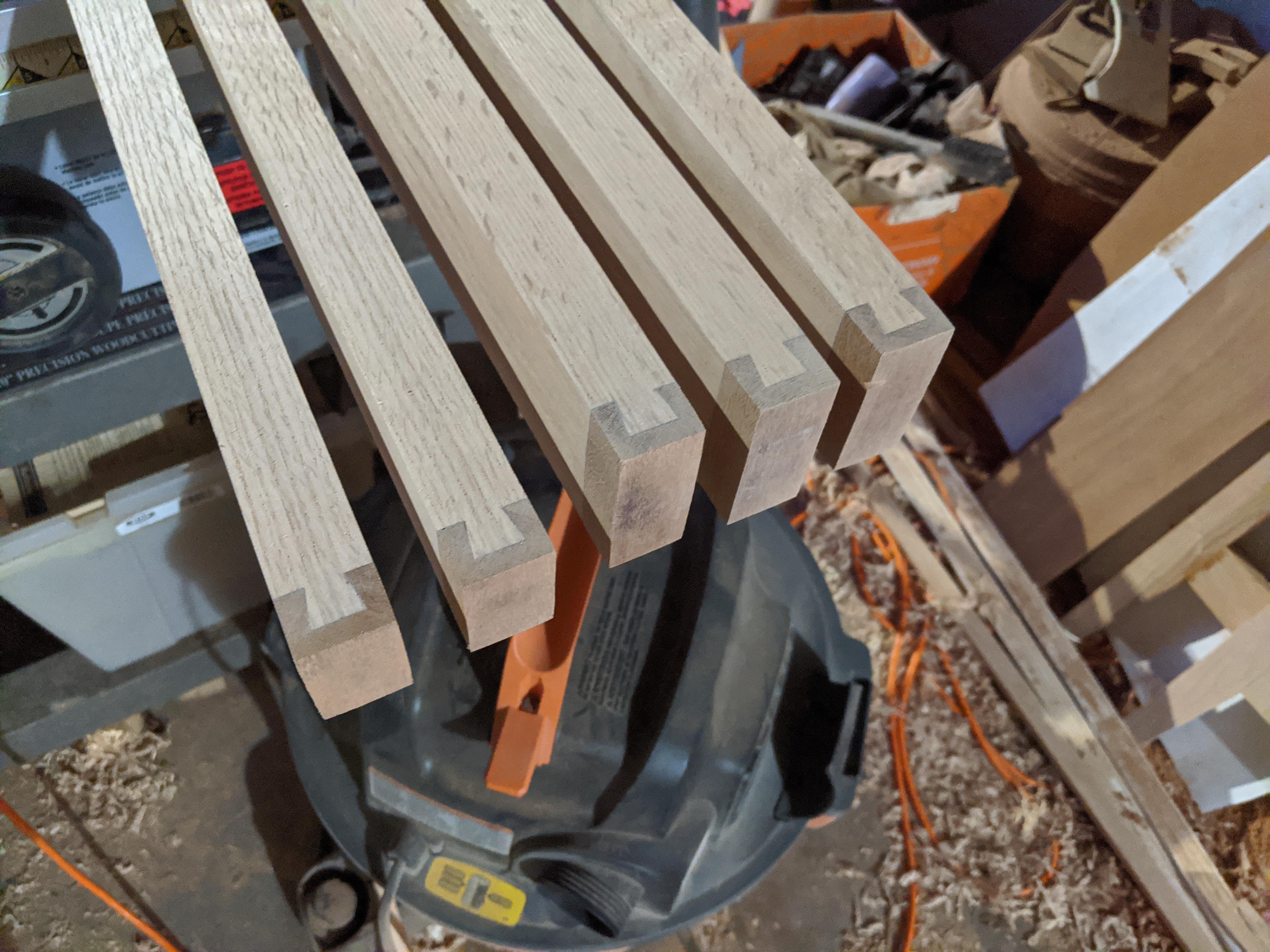 Rather than cutting a million mortises, I cut a long slot in the rails, and made spacers to fill in the gaps. 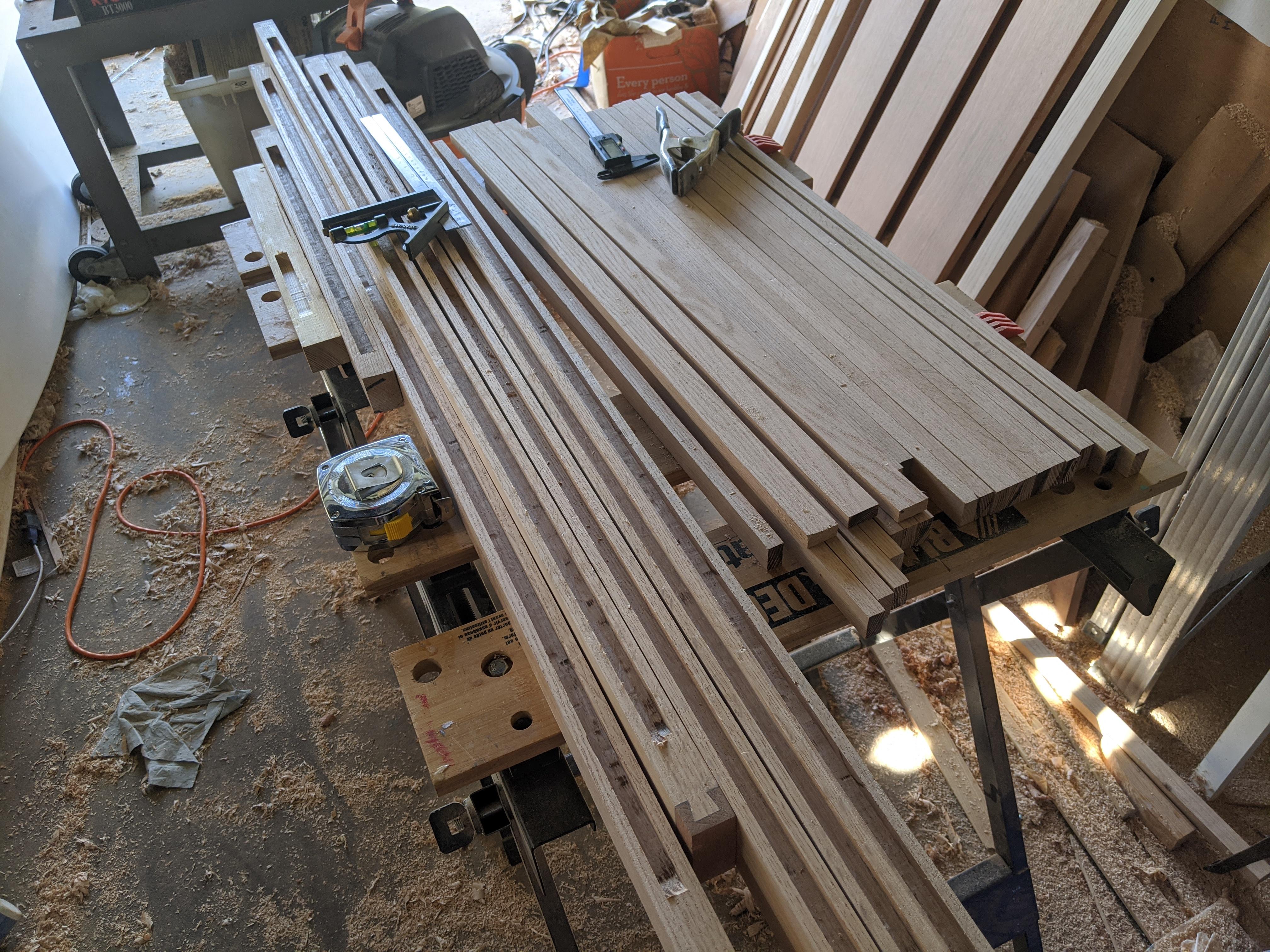 Fitting all this together was a bit of a pane. Yet another thing that was made much more complicated for the want of a thickness planer. With subtle variation in the thickness of the rail, I ended up with variation in the thickness of the slot, since I cut the slot from both sides. It would’ve been better to stick with a single reference edge so I got a more consistent slot width, even if it meant a minor asymmetry. There was also the problem of needing to fit each slat’s thickness to the slot with a hand plane, rather than finding the right setting on a planer once and running everything through it. 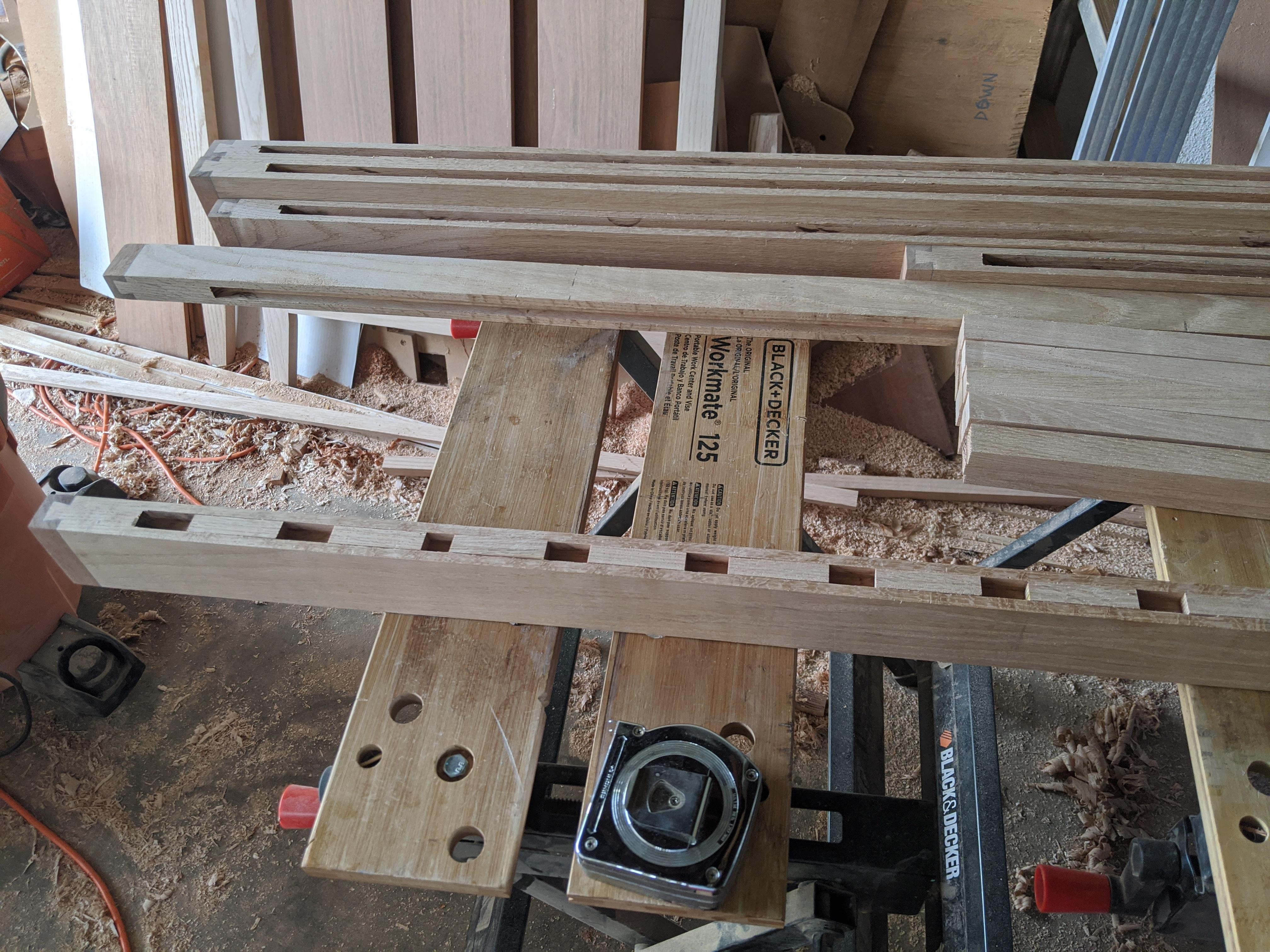 The slats are beveled, but since I didn’t cut overhang in the ends, I had to stop the bevels short. I came up with a dead simple system for stopping the bevel at the same spot every time. 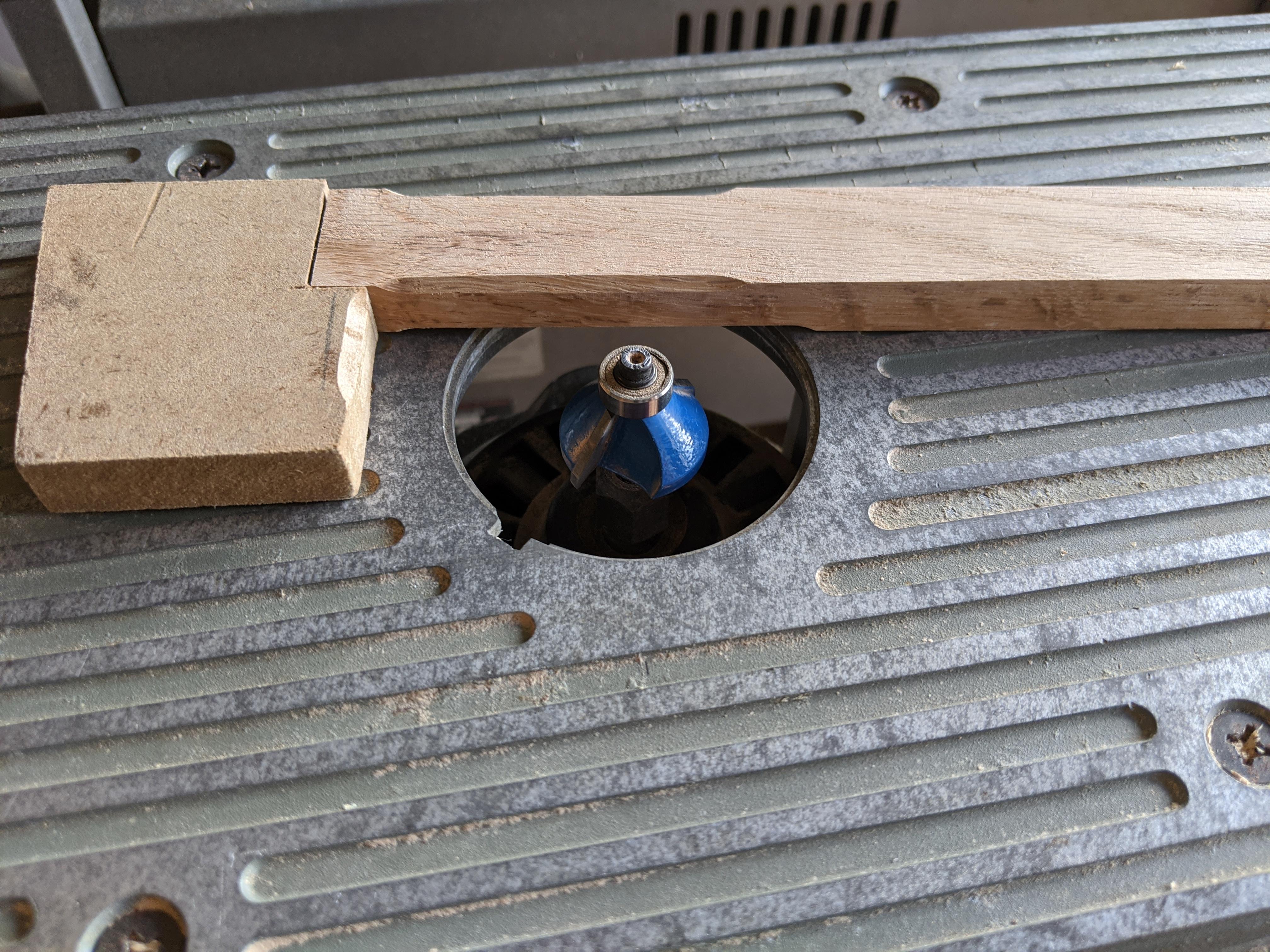 Here’s everything fully fitted together. The downside of the approach I used (slats and no shoulders on the tenons) was that it involves a lot of exposed cut lines, with a lot of epoxy oozing out of them. This was a huge pain to clean up, since it was all inside corners. It seems I traded woodworking for sanding and scraping. Pretty sure I picked the wrong side of that exchange. 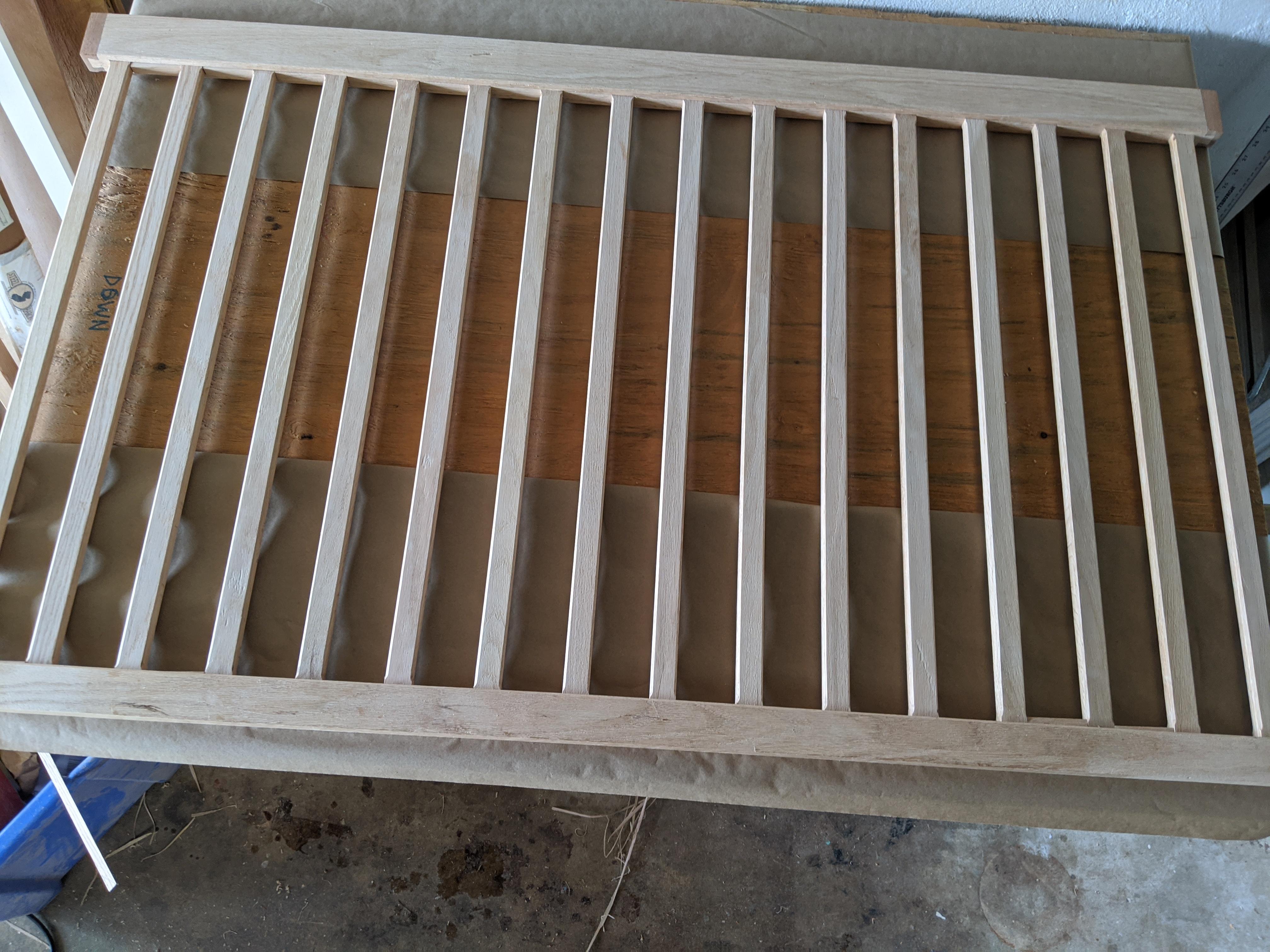