I picked up a cheap sunfish on craigslist for $120, but it was missing the rudder assembly and daggerboard. I figured those are simple little pieces of wood, I should be able to make them!

To get an idea of the shape, I found the specifications governing “foils” for the sunfish racing class. This has pretty good measurements listed, which I followed, though there were several dimensions left to the imagination.

This sort of thing is typically built in mahogany, but that’s really expensive, so I picked up some sapele at my local lumber store. This was around half the cost and seems to be similarly rot resistant and notably more resistant to bending and snapping. It’s quite a bit heavier, though.

I marked the templates on the wood and cut it to shape with a jigsaw. I then cleaned up and evened out the edges with a hand plane. 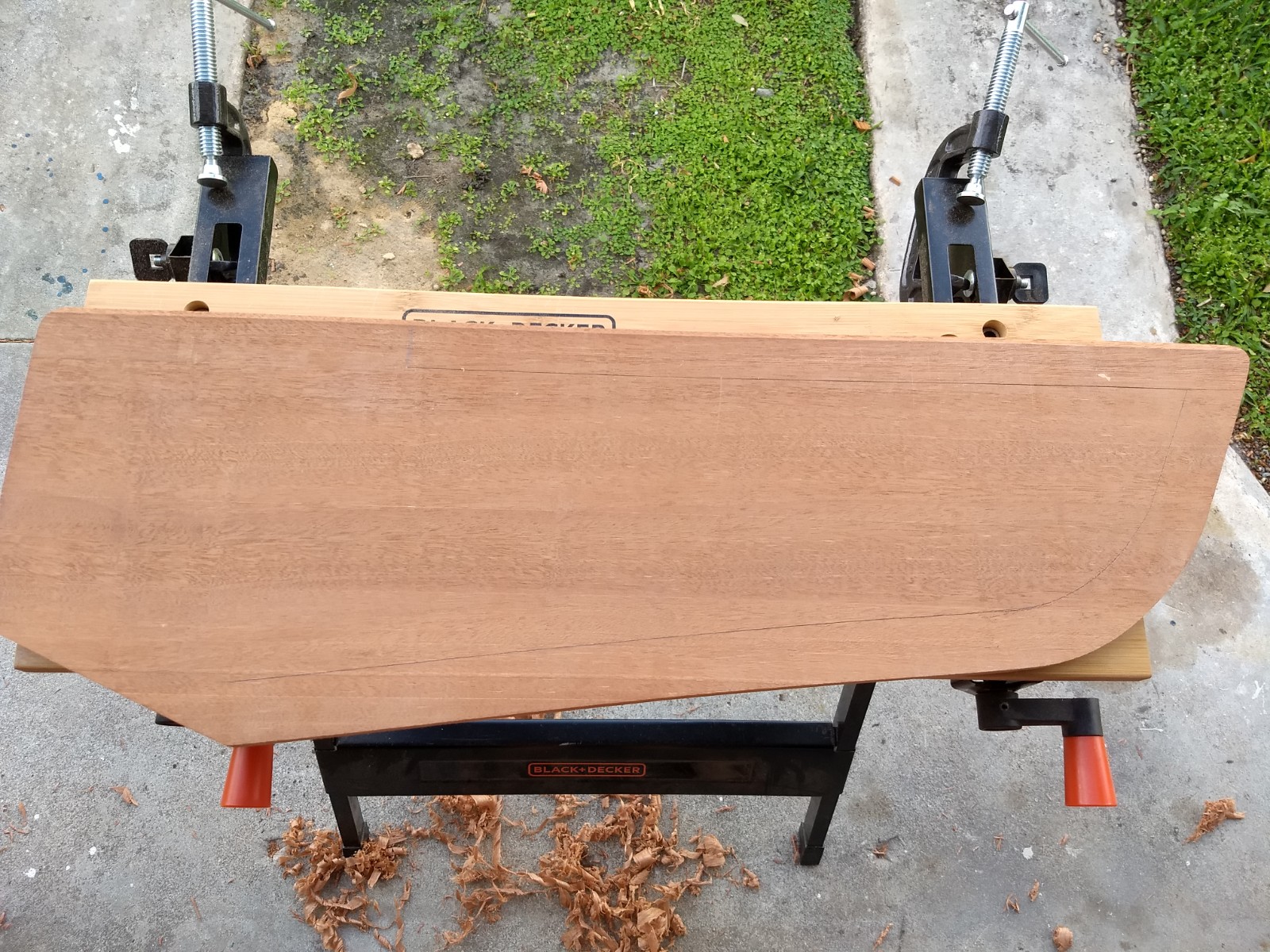 Next up was shaping. I marked out the depth of the bevel and went at it with my #5 plane. 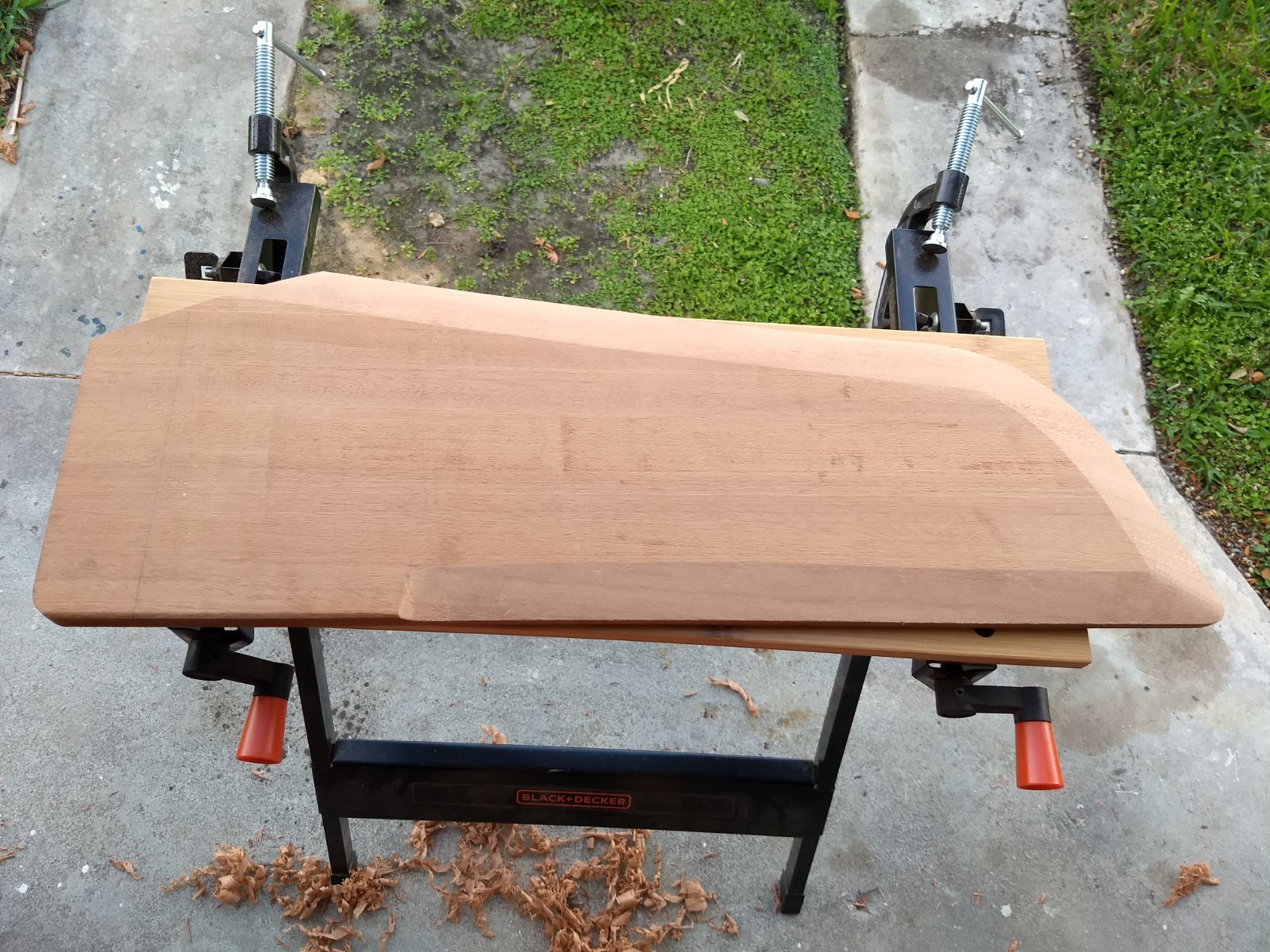 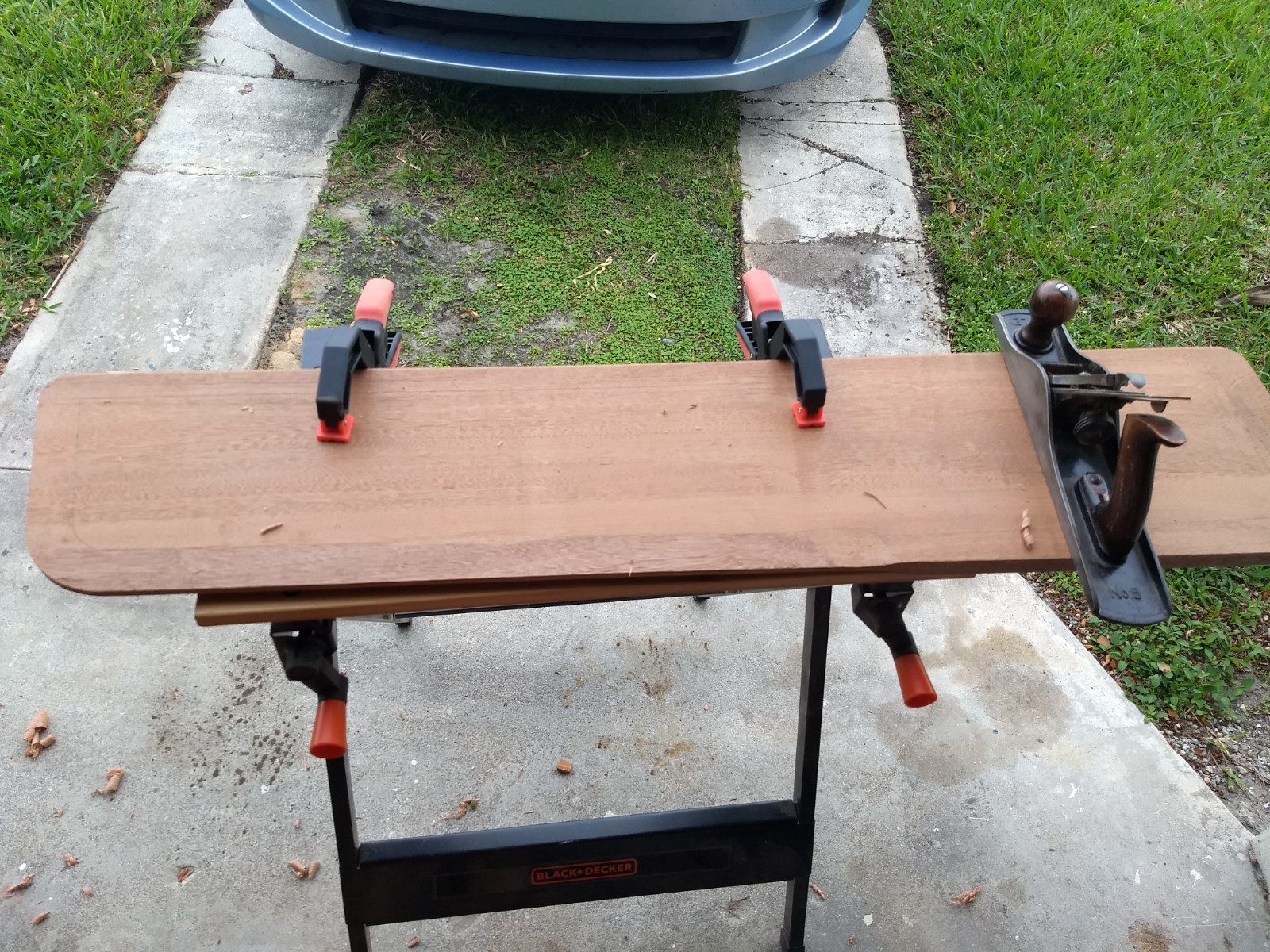 The tricky part was the transition from a bevel to the flat part. I did this with a belt sander - that seemed the easiest way to do that sort of concave. A spokeshave may also work. 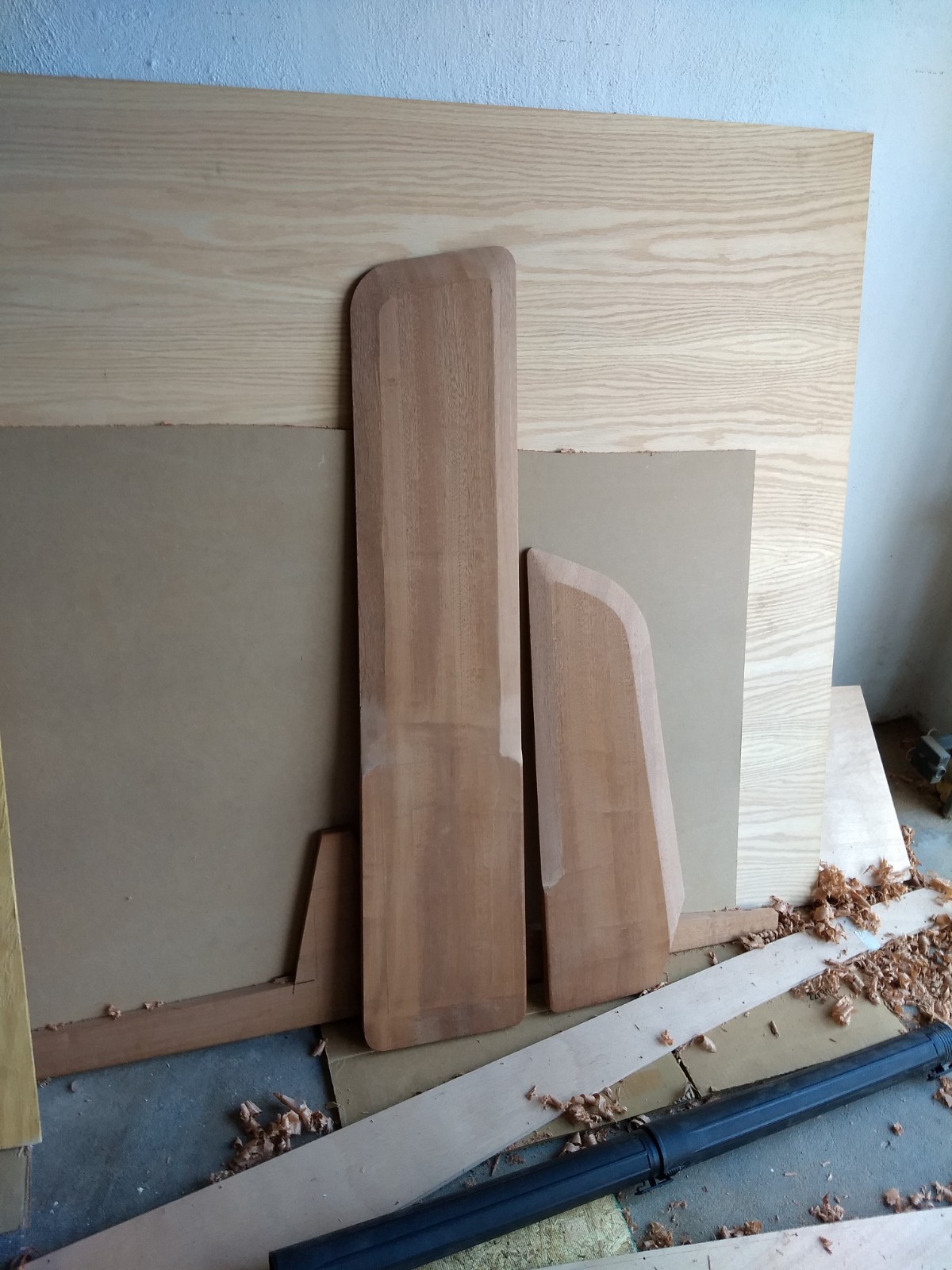 Looking pretty good! Later I went back with a radius bit on a router to round over the sharp corners, and I smoothed out everything with some hand sanding.

Next up was making a rudder head, which attaches the rudder blade to the boat and allows for it to pivot up for shallow water. I made something up based on the way the official plastic one looks. To test it out, I cut the shapes out in some scrap MDF. 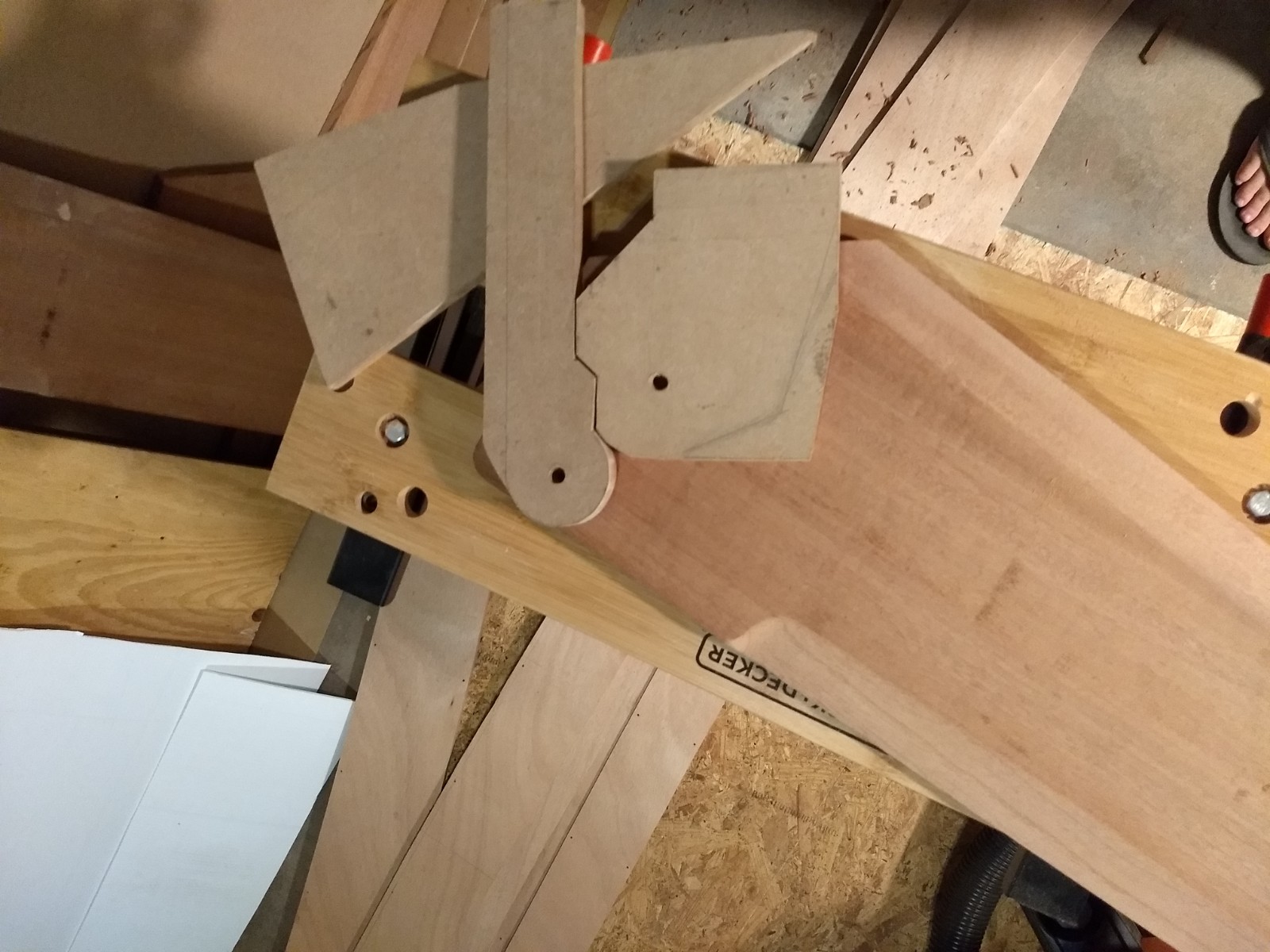 That notch where they fit together is supposed to help hold the rudder blade down, since it wants to float up - doesn’t seem to do that good of a job of it though, I’d probably leave it out if I were to do it again, since you’ll need a spring or something to hold the blade down anyways. Anyways, I wanted to make sure those pieces fit together nicely and that the arms that attach to the tiller can rotate all the way back down to the other side.

Once I got something I was happy with, I cut it out on some scrap marine plywood from my canoe project. This is two thicknesses of 5mm okoume glued together. 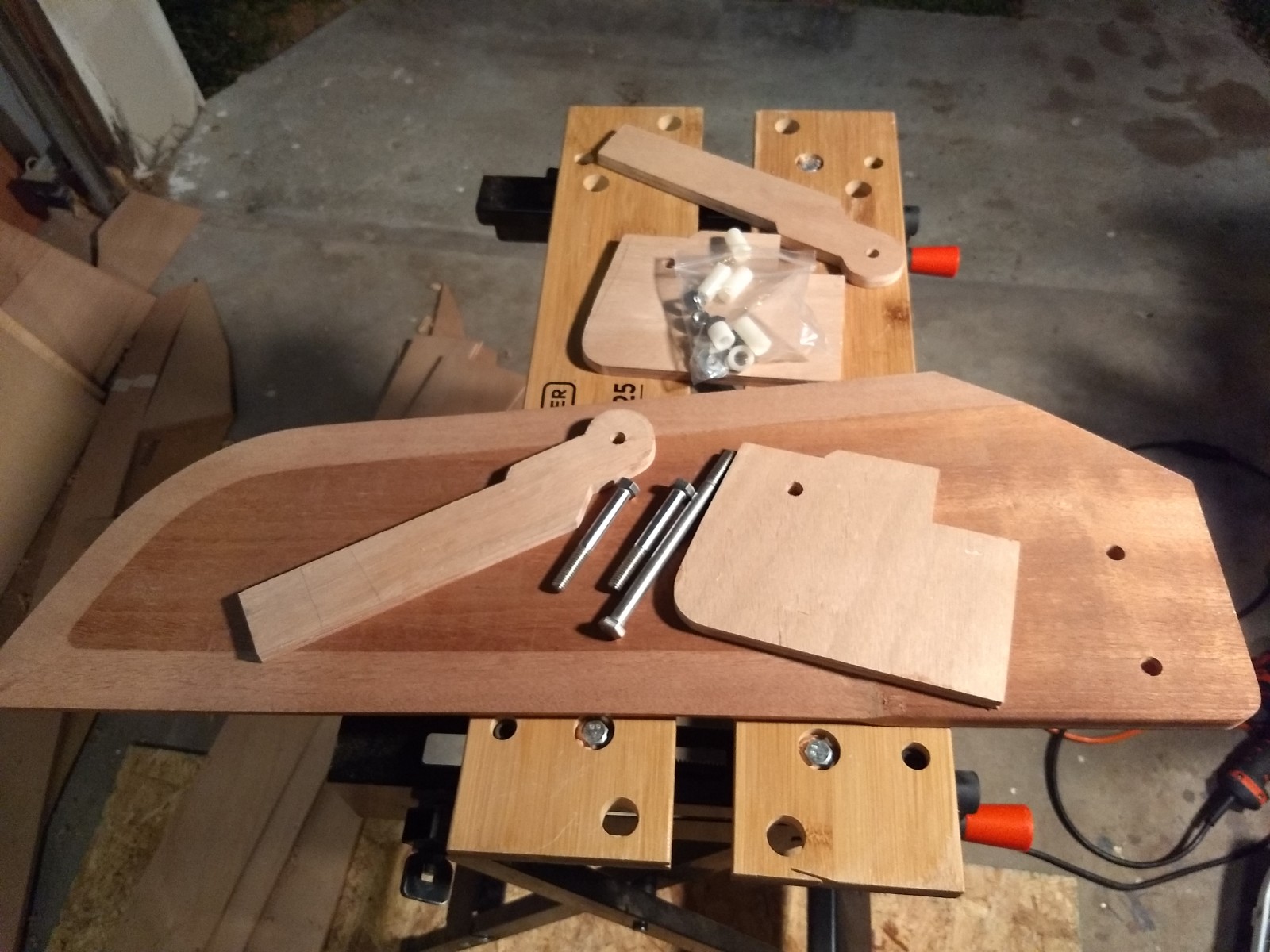 Here’s the sapele after a few coats of spar varnish. I can never get smooth coats when applying it full strength, so I cut it in half with mineral spirits and do a bunch of coats just rubbed on with a paper towel 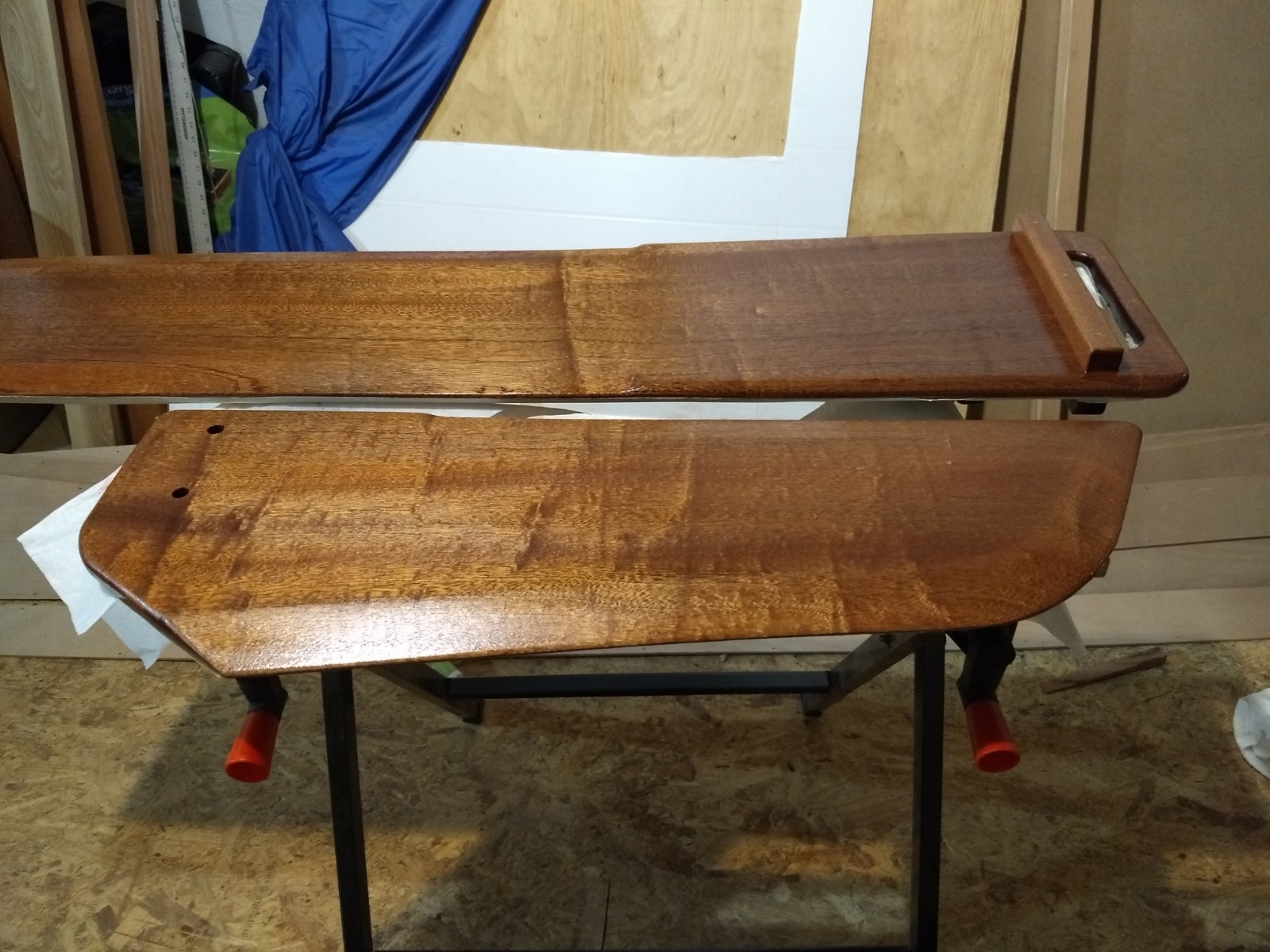 It looks beautiful in the sunshine. 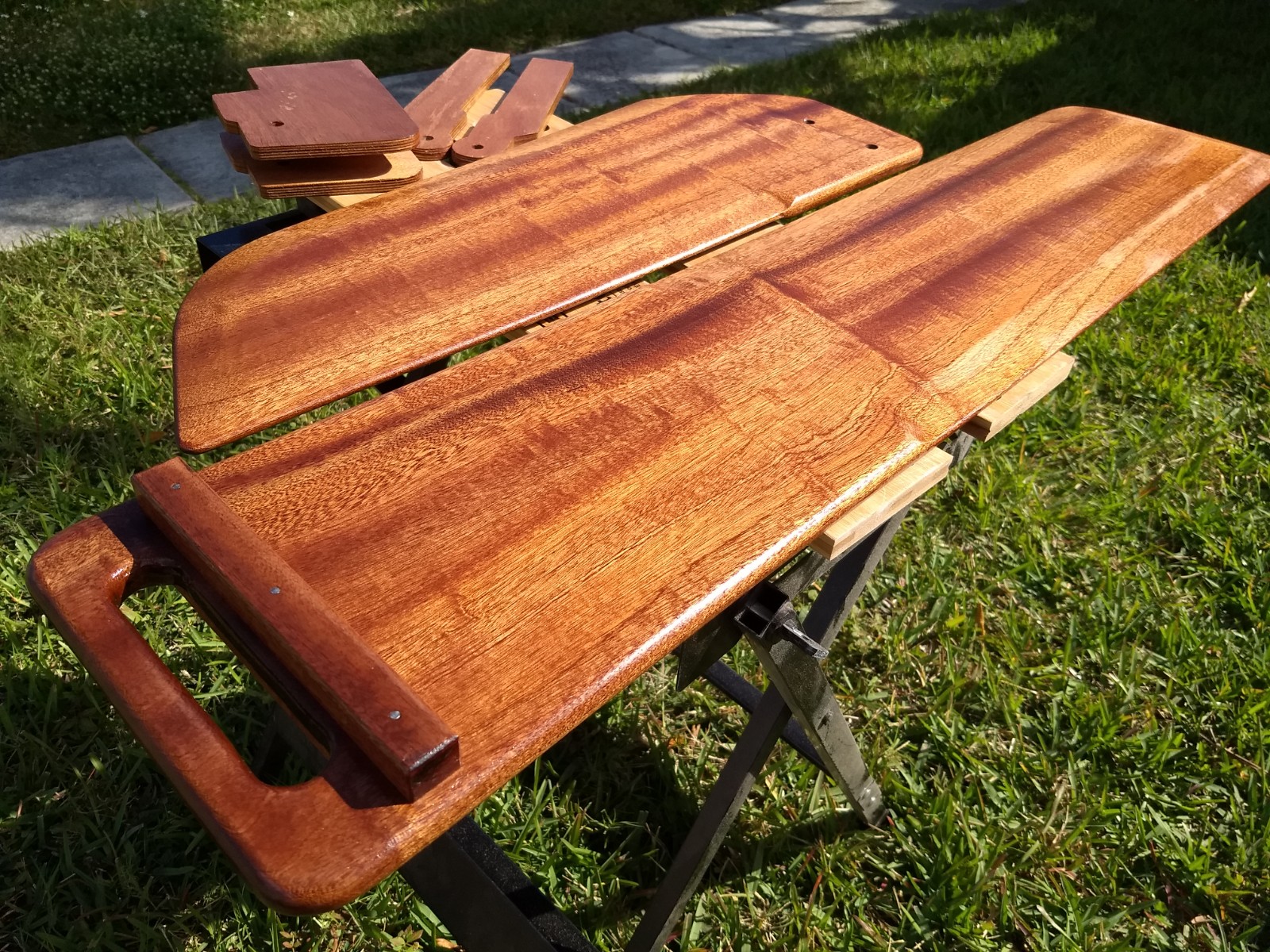 Here’s everything all assembled together. The tiller is clear pine that I cut tapers on. It’s also sealed only with spar varnish, though I applied it full strength with a brush - worked out pretty well, I may have to switch back to that. I didn’t put as much attention to the tiller since it’d be much easier to replace if it comes to that. 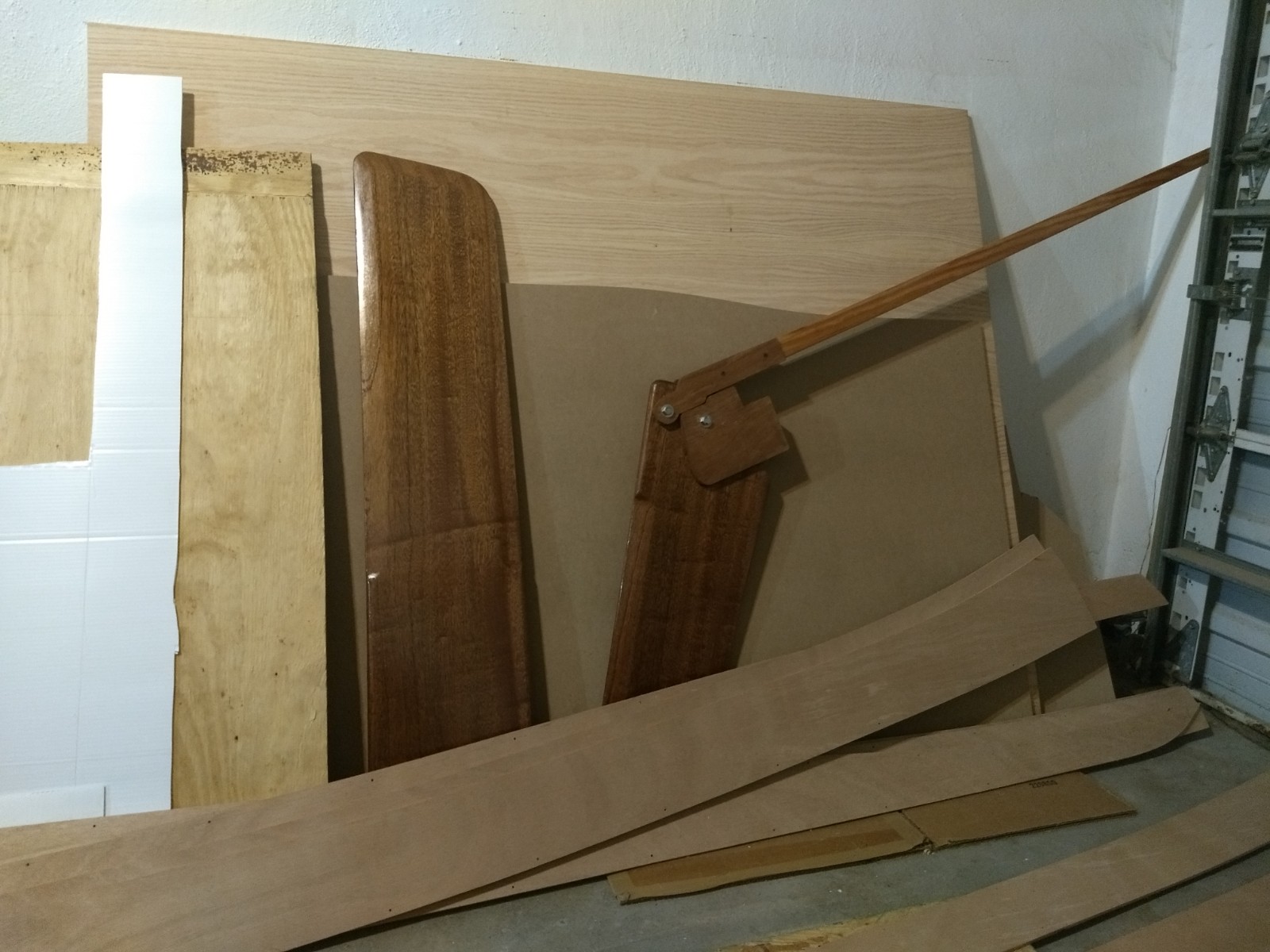