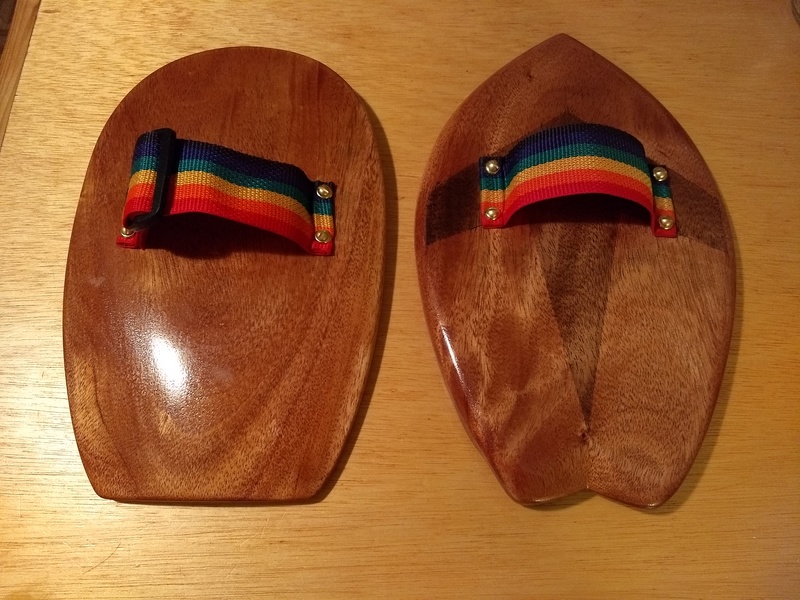 Handplanes are mini surfboards for your hand when bodysurfing (you only use one at a time). They give you a little more lift and help to get your head out of the water. I’d been talking to my dad about them, and thought it’d be a fun, simple project to shape a couple. 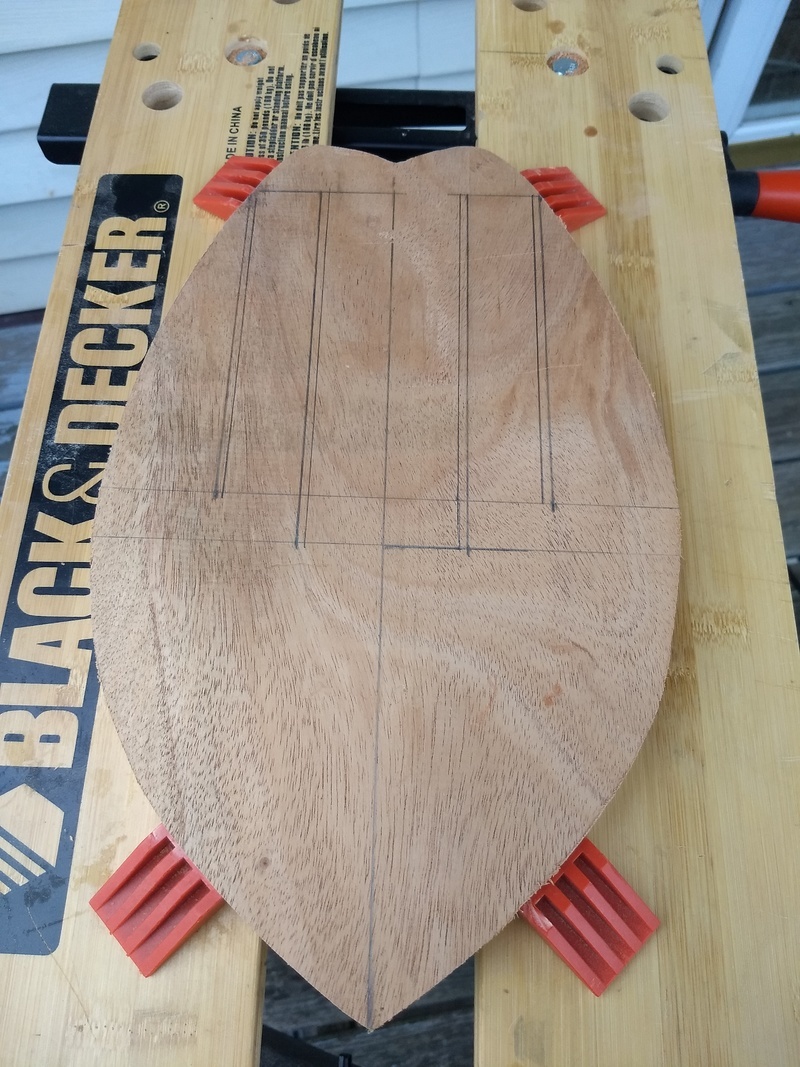 I started off with 1” thick African Mahogany. The shape of the first one is based on my first surfboard - I stretched the width so the proportions would make more sense for the size I wanted. Then I traced that out onto the wood and cut the template 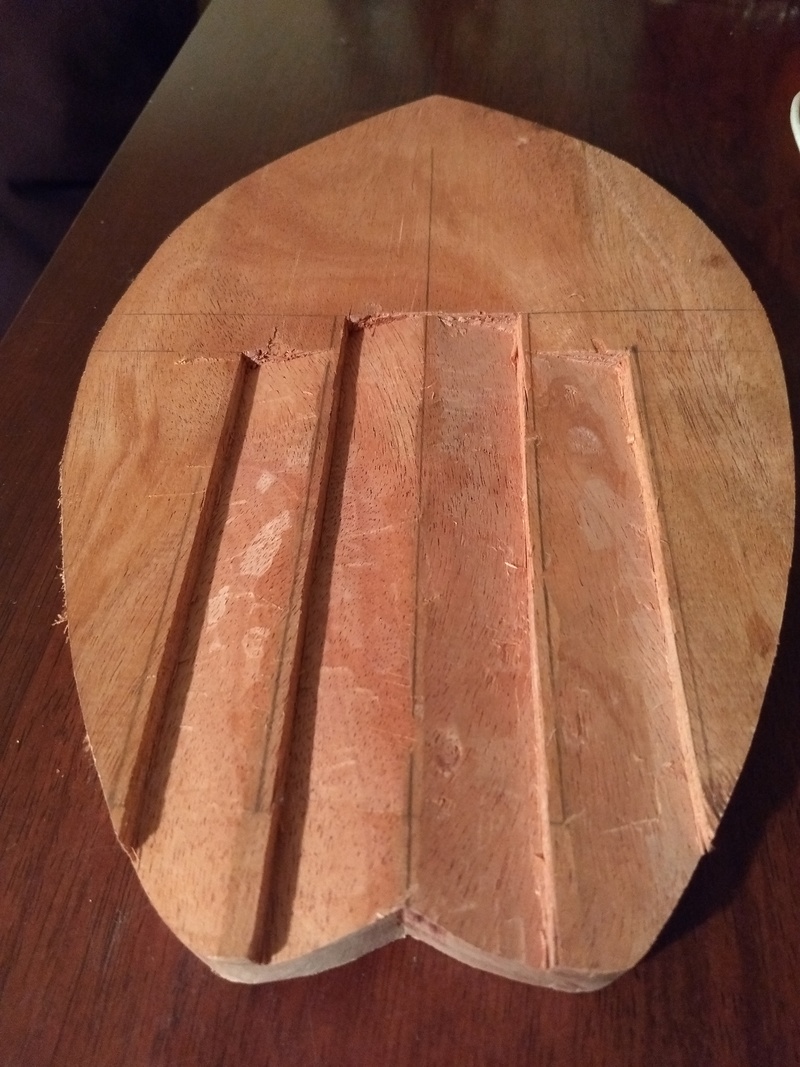 Next I cut out the channels with a chisel. Looking pretty good! I later ended up getting a cheap set of carving chisels, which made it much easier to clean up and round those inside corners. I woulda gone nuts trying to do that with only sandpaper. 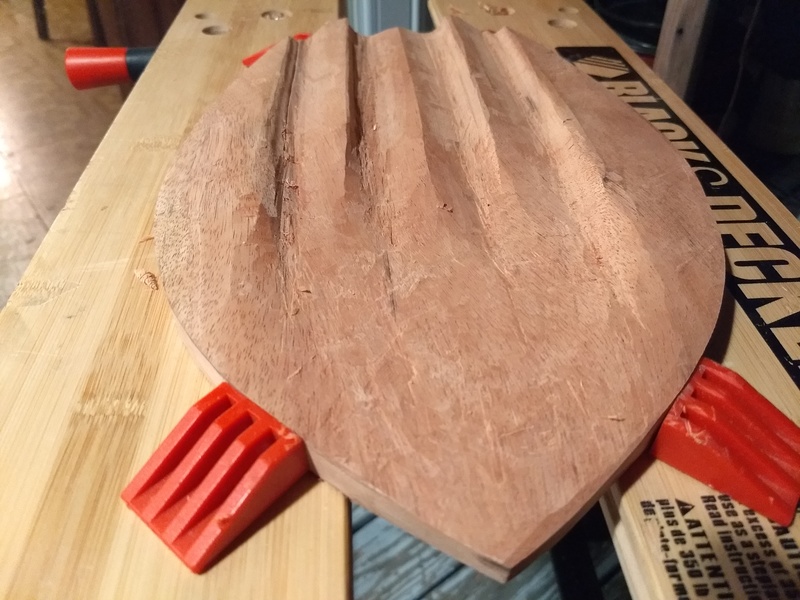 In retrospect, it would’ve been better to continue the channels all the way to the nose, because I had a hell of a time blending them with the transition to the front rocker. 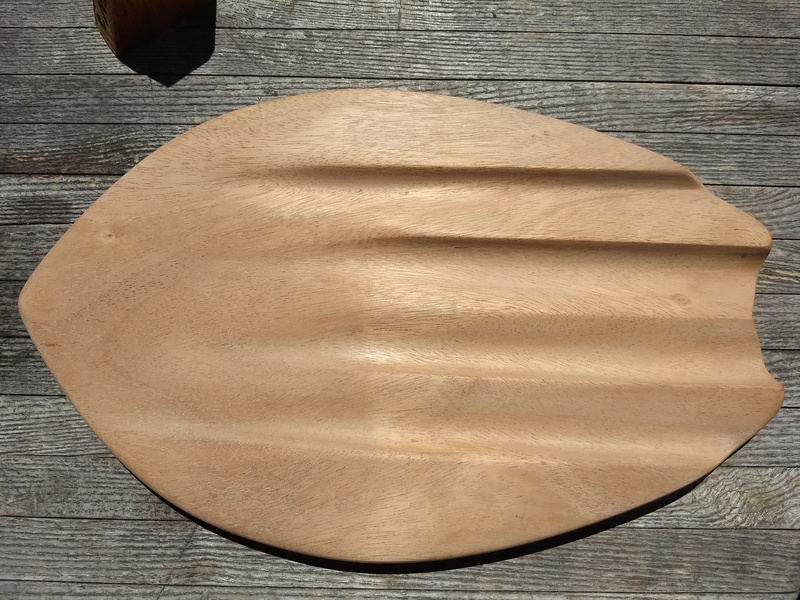 After a lot of sanding 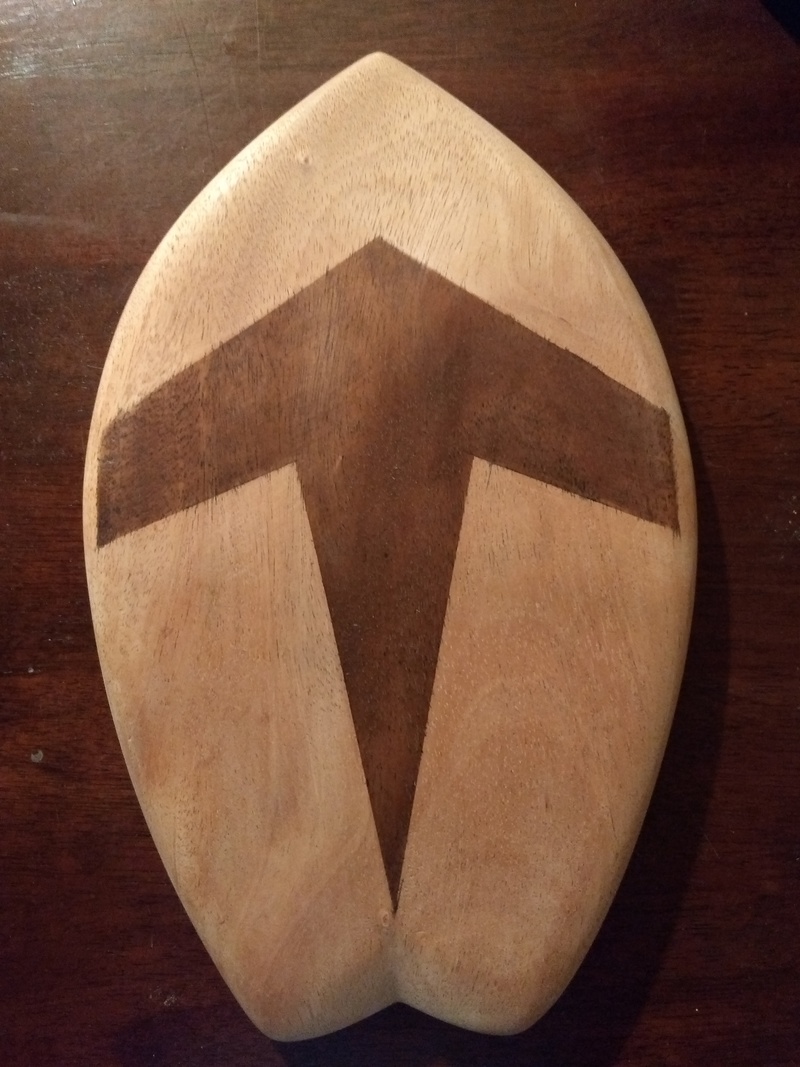 I stained an arrow into the deck to mimic the design of the original surfboard. This ended up not turning out that great.

Two thin coats of linseed oil. Beautiful! I thought about keeping it like this, but I wanted the UV and water protection that comes with spar varnish.

Incidentally, I read a cool article about the San Francisco fire department’s wooden ladders, which they make in-house. Apparently they finish them the same way. 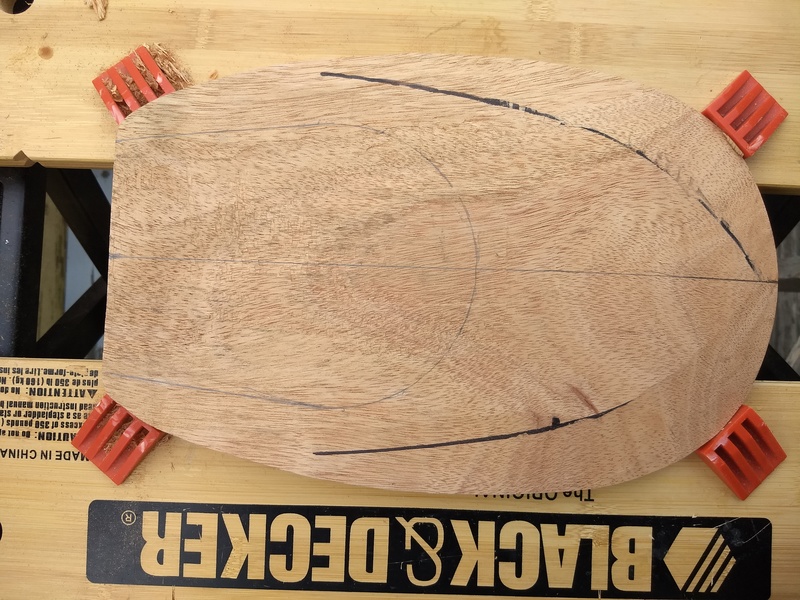 For the second hand plane, I wanted to do a more nebulous organic shape, without the hard lines of the first one.

I couldn’t find anything online about template shape or bottom contours for a hand plane, so I just winged it. For the bottom contours, I decided on a convex entry, followed by a triplanar transition to a large single concave. The template is a squashed mini-simmons/soap-bar sort of thing. 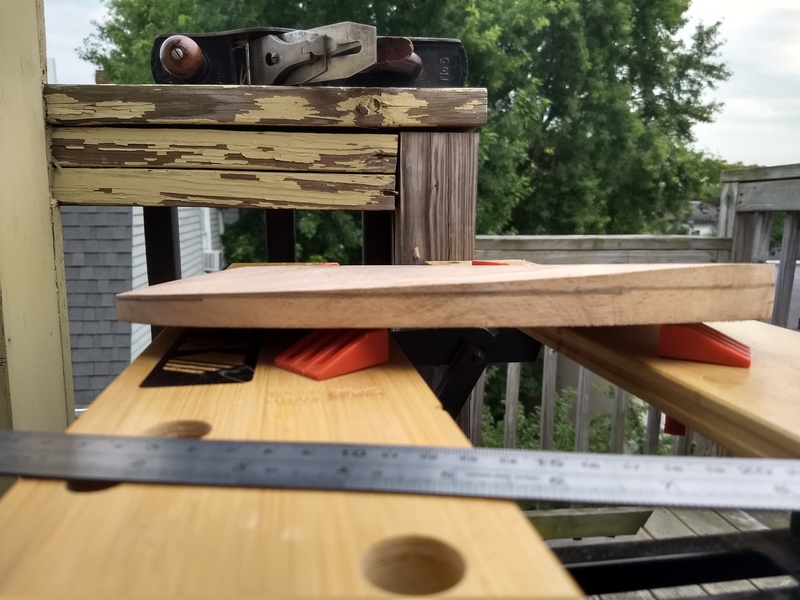 Most of the shaping was done with an old Stanley No. 5 plane, seen here in the background. A low angle block plane probably woulda done a better job. Or maybe a rasp.

I did this on one of those folding “workmate” workbenches. The clamping system works very well for this irregular shape, but the bench itself is super wobbly 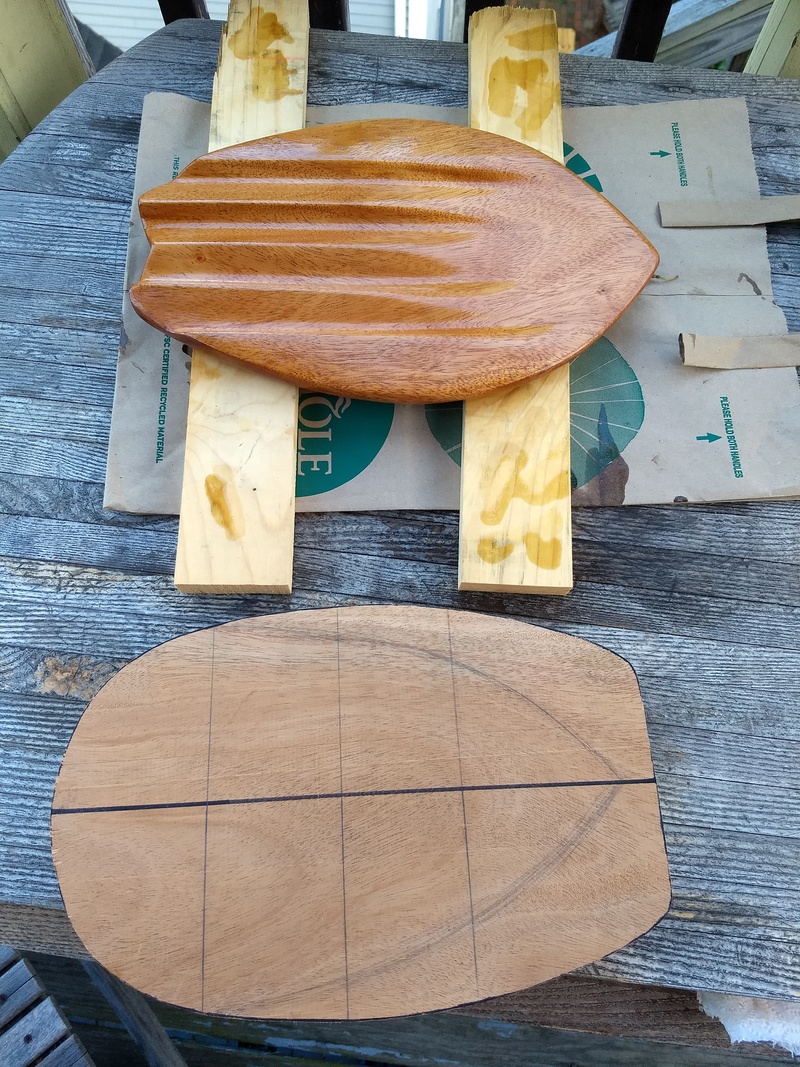 Here’s the first coat of spar varnish on the first handplane, and the markings to guide the contouring of the deck for the second. It’s mostly flat, though I rounded the edges of course, and I tapered down the trailing edge to match the bottom concave. 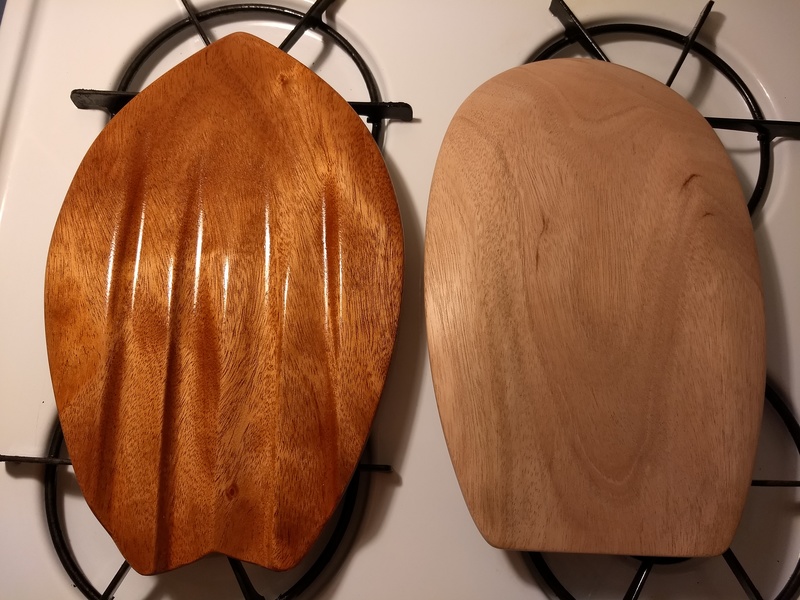 Finished sanding the second one. I did the bulk of the concave with a sanding disc. 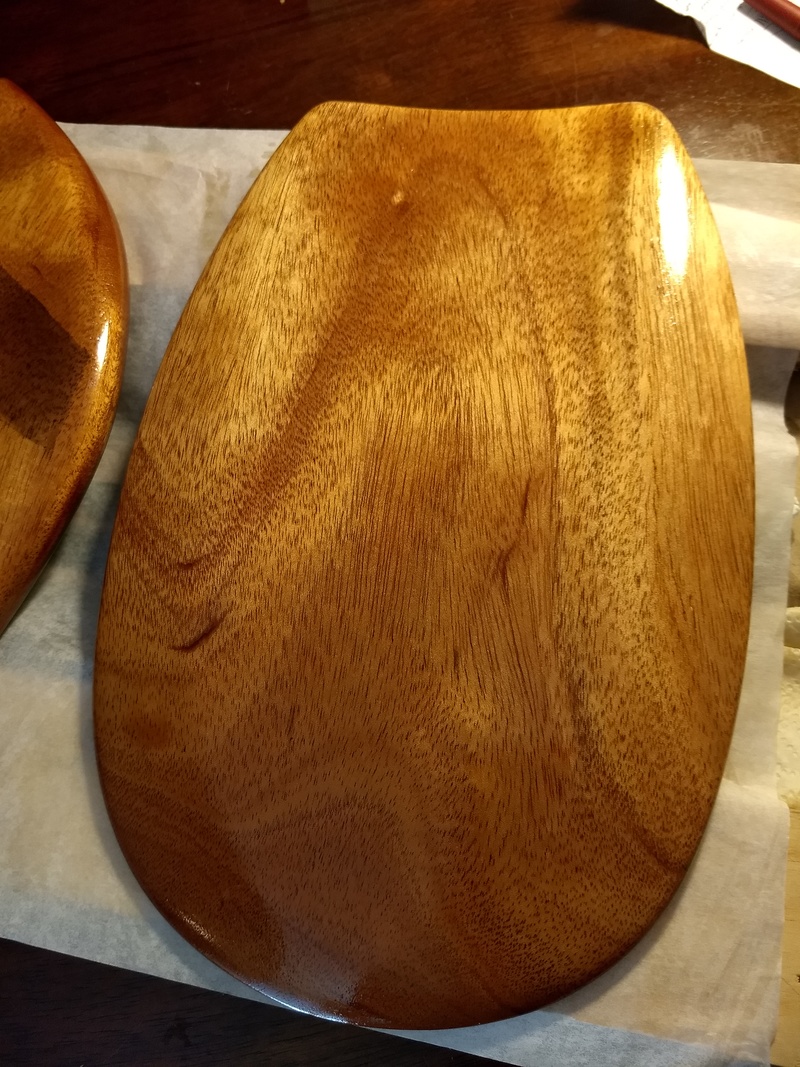 Varnish. Love how this one turned out. 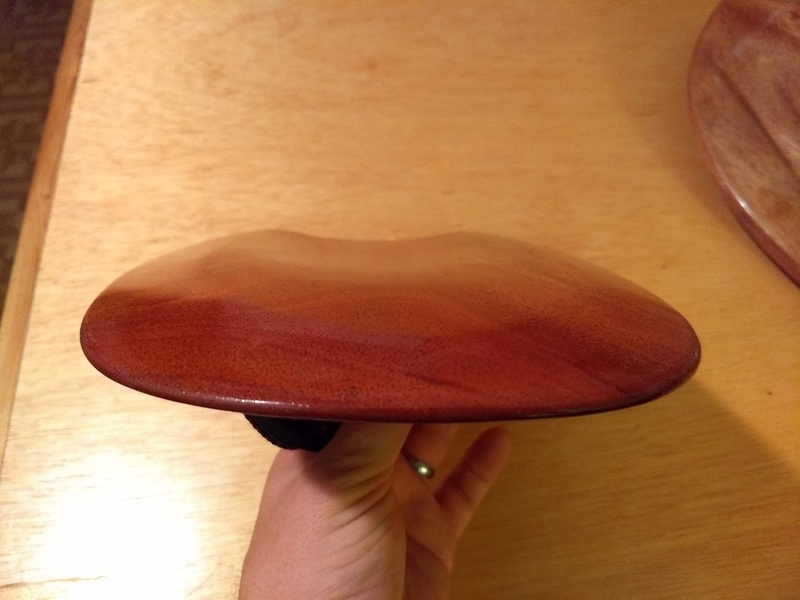 Here’s a better view of the bottom contours

Screwed on some sections of a guitar strap, and that was it.

I was actually impressed by how much of a difference these make when bodysurfing. They’re not difficult to swim with, and you really notice the extra glide.