We needed a coffee table, and I needed a distraction from the finishing work of my canoe project. I didn’t want to get too tied up in a large project, so I went somewhat quick and dirty, while not sacrificing aesthetics.

I found a nice slab of utile at a good price at my local lumber store - 4’ by 19”, and decided to build the table around that. Beats joining together a bunch of boards, which is what I’d planned to do going in. For the base, I decided to use fir, since it’s pretty cheap, and easy to work with.

The table needed to be fairly sturdy, but I wanted to be able to disassemble it for the next time we moved, so I decided on cutting mortises into the legs to fit an apron nice and sturdy. I made a quick jig for my router to let me make those cuts cleanly. It has two adjustable fences that hold a board in place, and I used a scrap of the same board as a backstop to set the depth of the cut and to hold the fences at the right spacing. 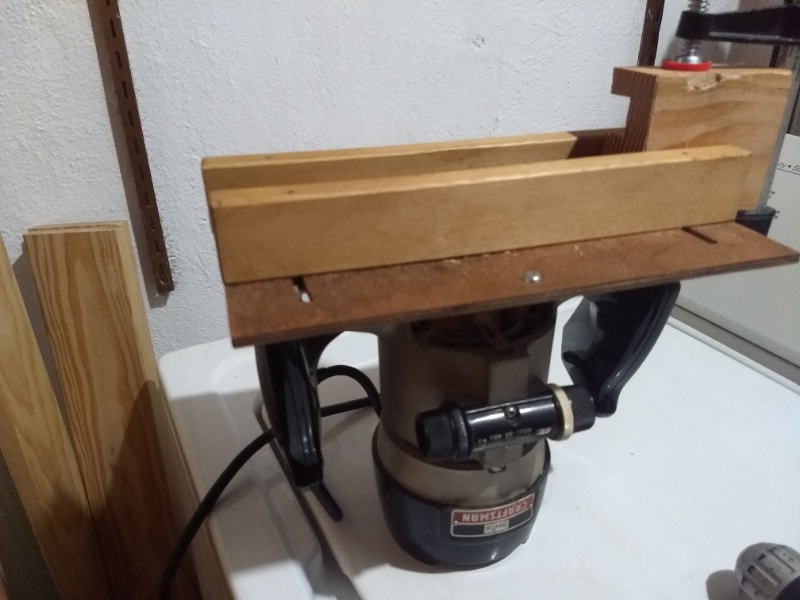 Here’s the basic frame dry fit together. The legs are cut from a 2x6, which I ripped in half, then cut a taper on one side. I did the same technique for my desk, and I like the look. 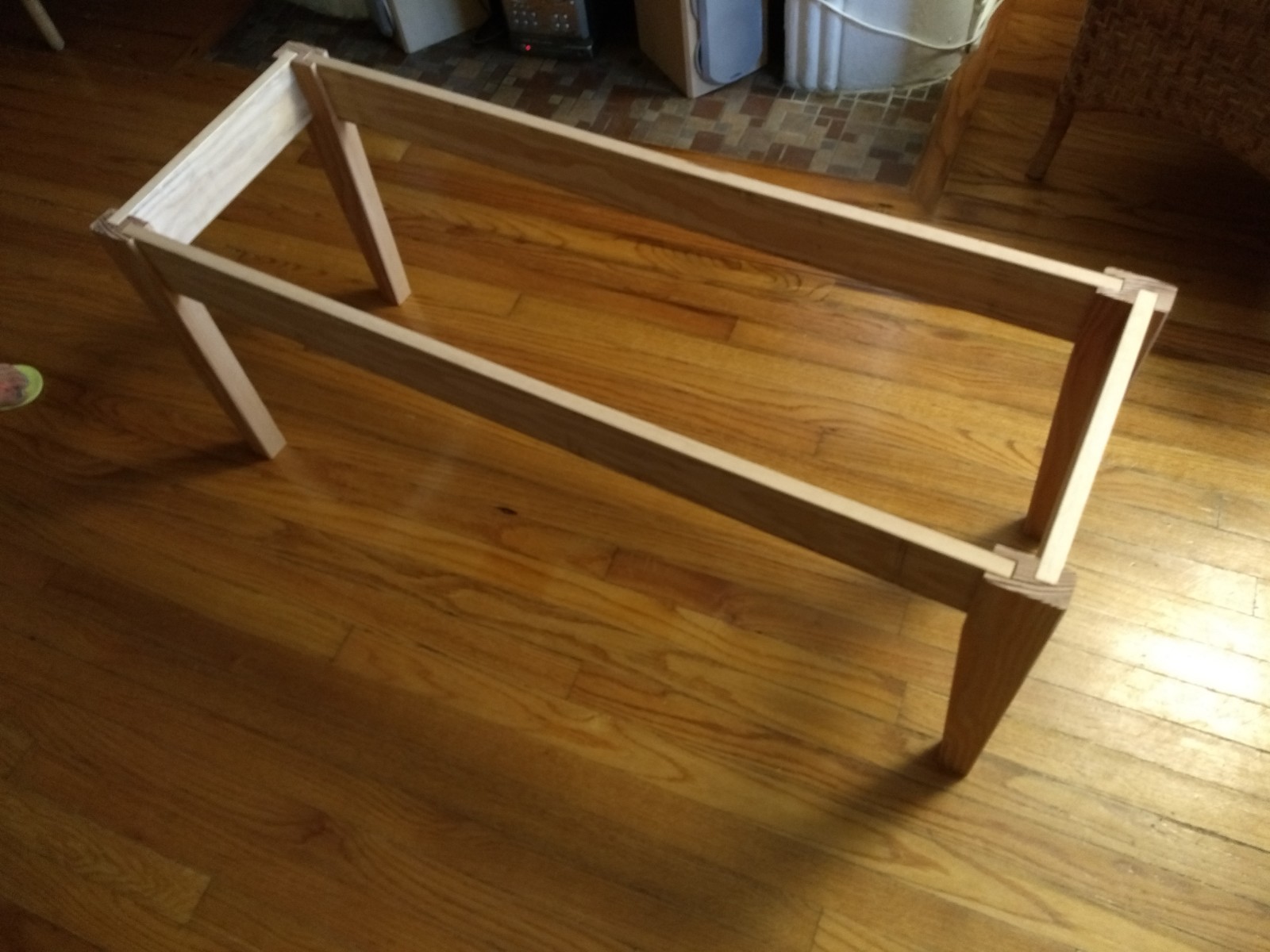 Here’s that frame with the utile resting on top. The first glimpse of what it’ll look like. Visually, it’s a lot of wood, so I decided to paint the base white. 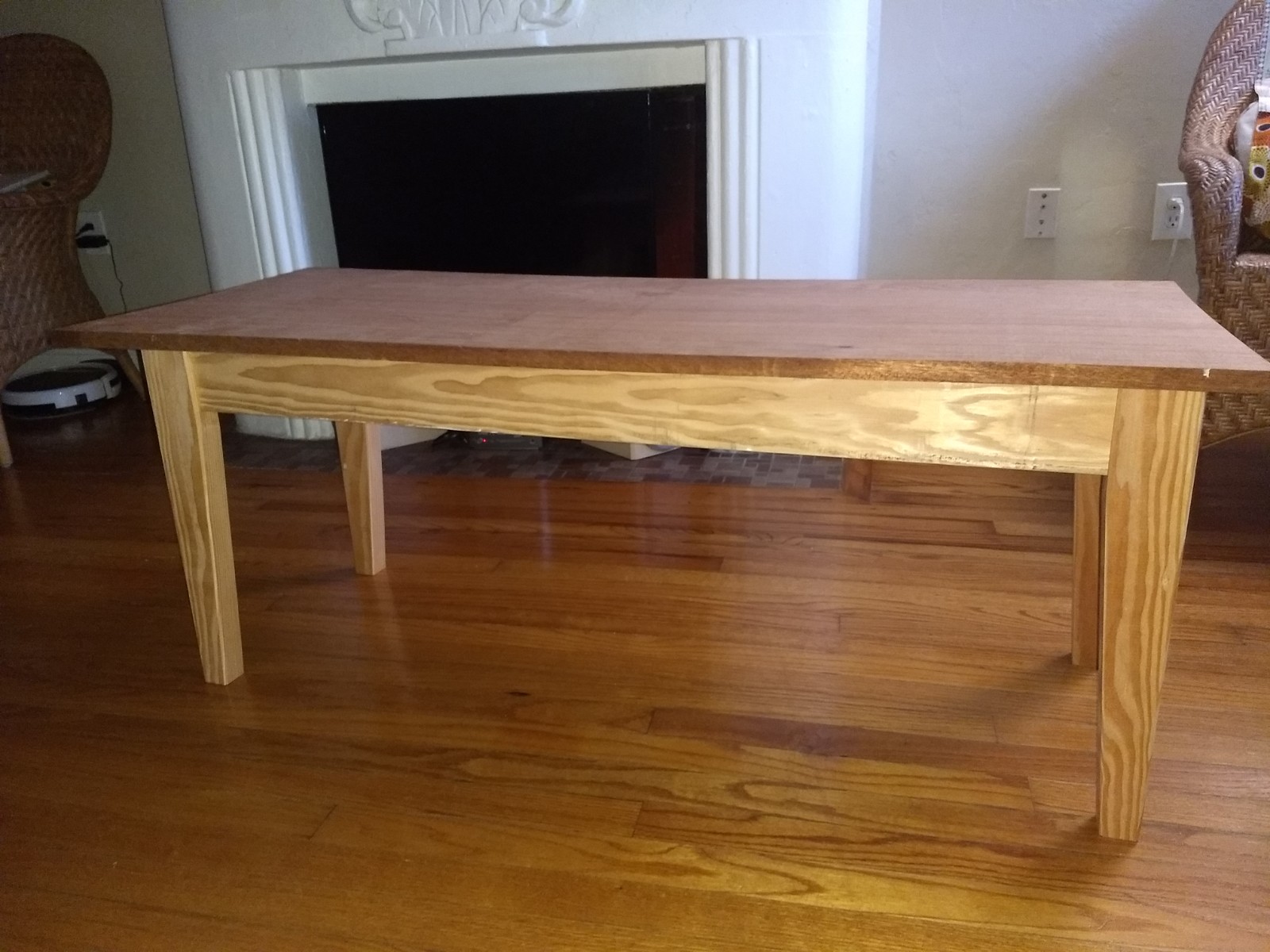 After considering a few options for affixing the legs in a removable fashion, I ended up going with a corner brace permanently mounted to the apron. There are two threaded inserts in each leg, with a bolt through the brace into the insert. This means I can pull out those bolts and slide the legs down out of the apron.

Lastly, I routed a series of slight recesses into the apron and mounted figure eight brackets there. The table top will be screwed in to these, which should allow for some expansion. 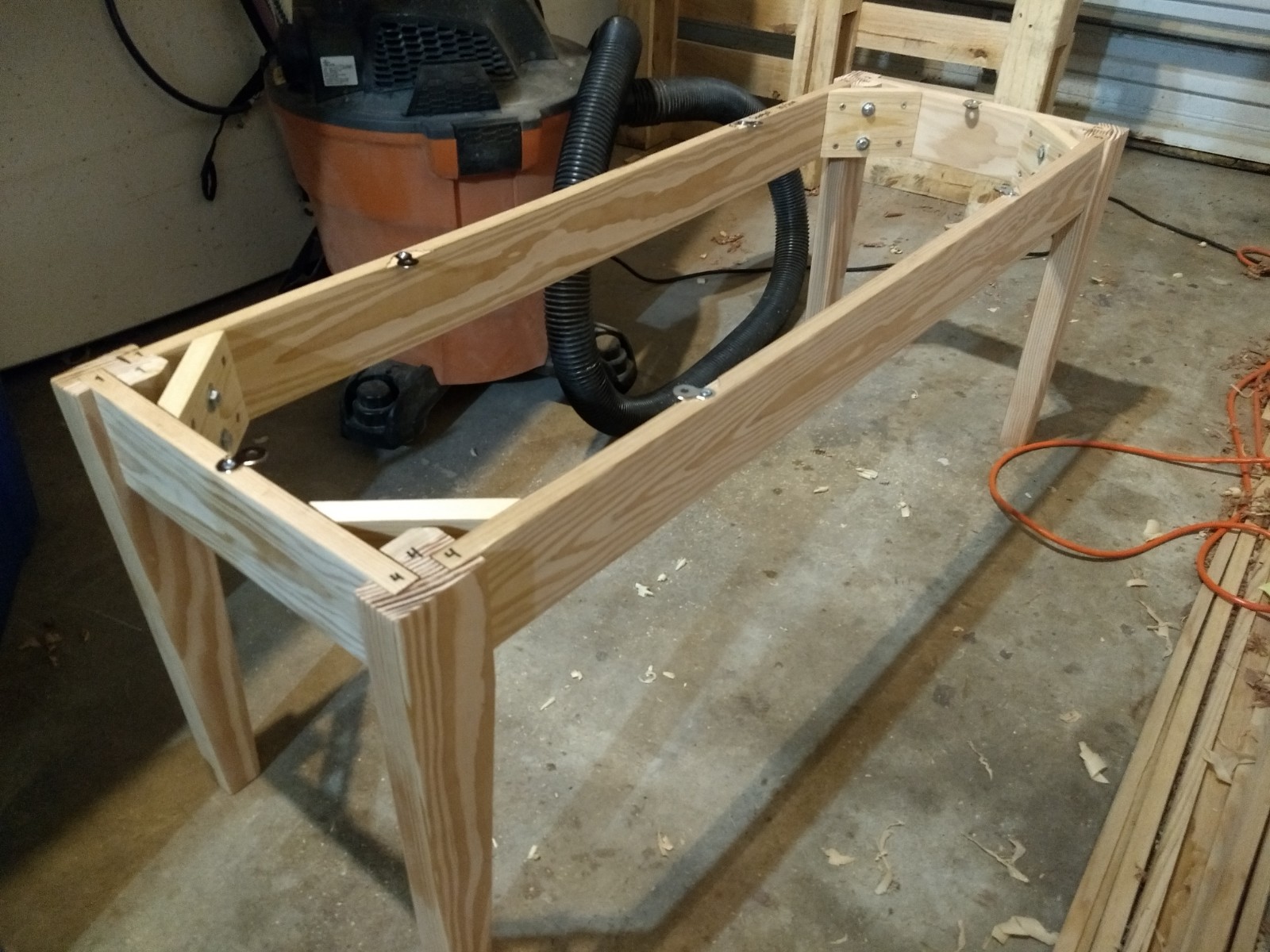 The table top didn’t require much prep, just a lot of sanding. I did try planing it a bit, but apparently utile is notoriously susceptible to tearout, so I ended up mostly just sanding. I did plane a slight chamfer on to all of the edges.

Even though the top is eventually going to be varnished, I decided to put a couple coats of linseed oil on it, which I find makes the grain pop a bit more. 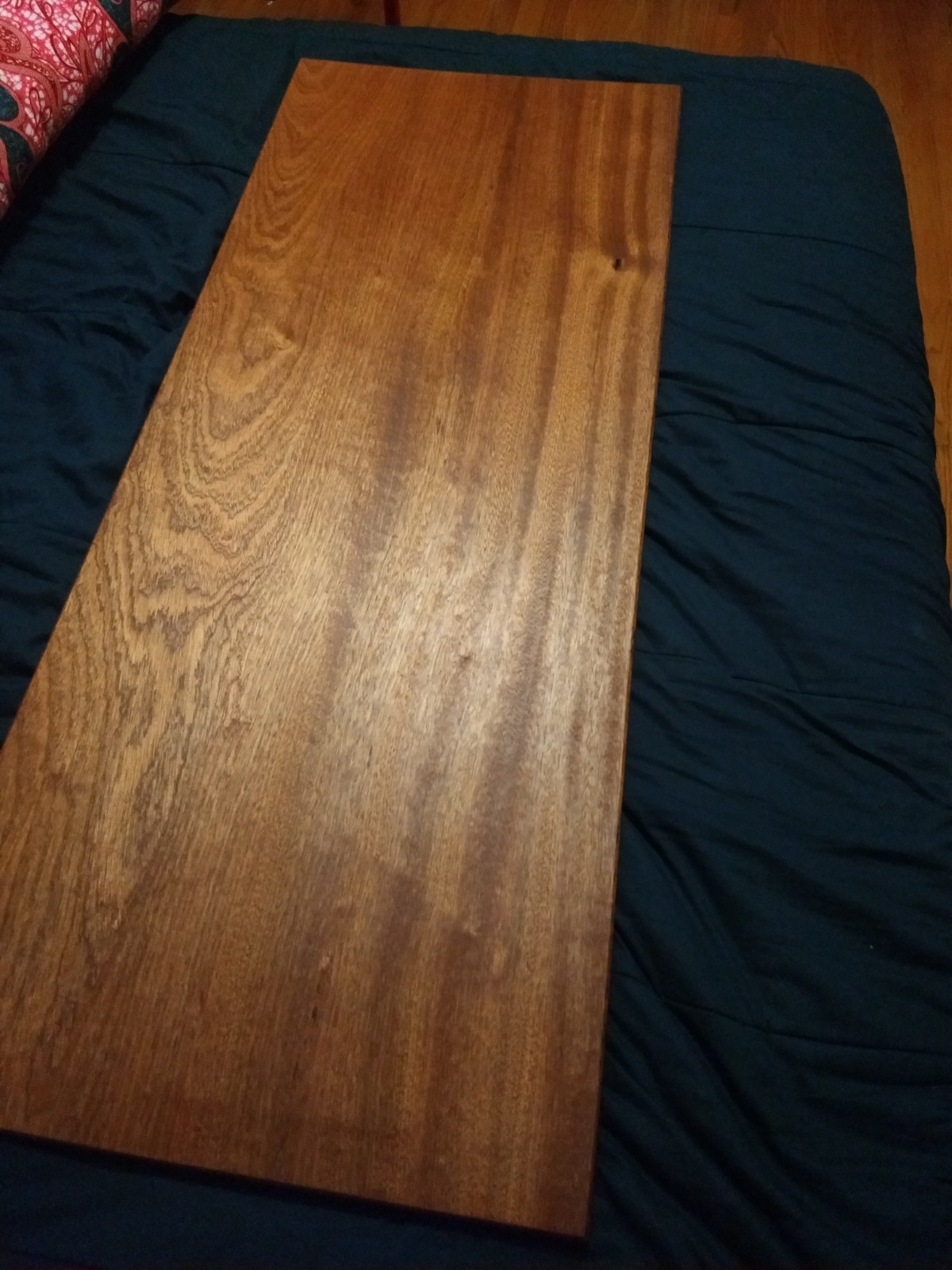 Here it is after painting the legs. 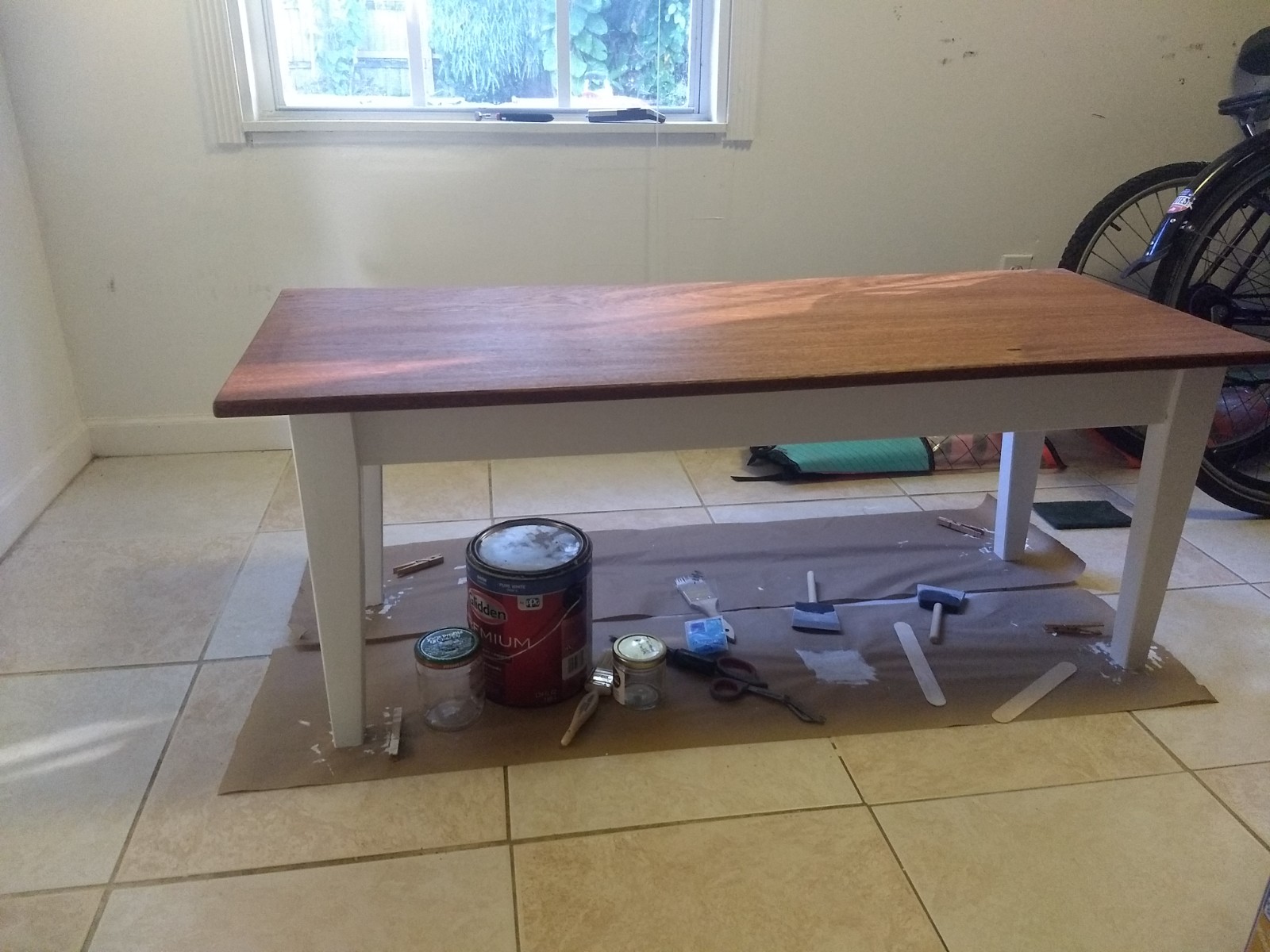 And while varnishing the top. I used a spar urethane, mostly just because that’s what I had on hand. 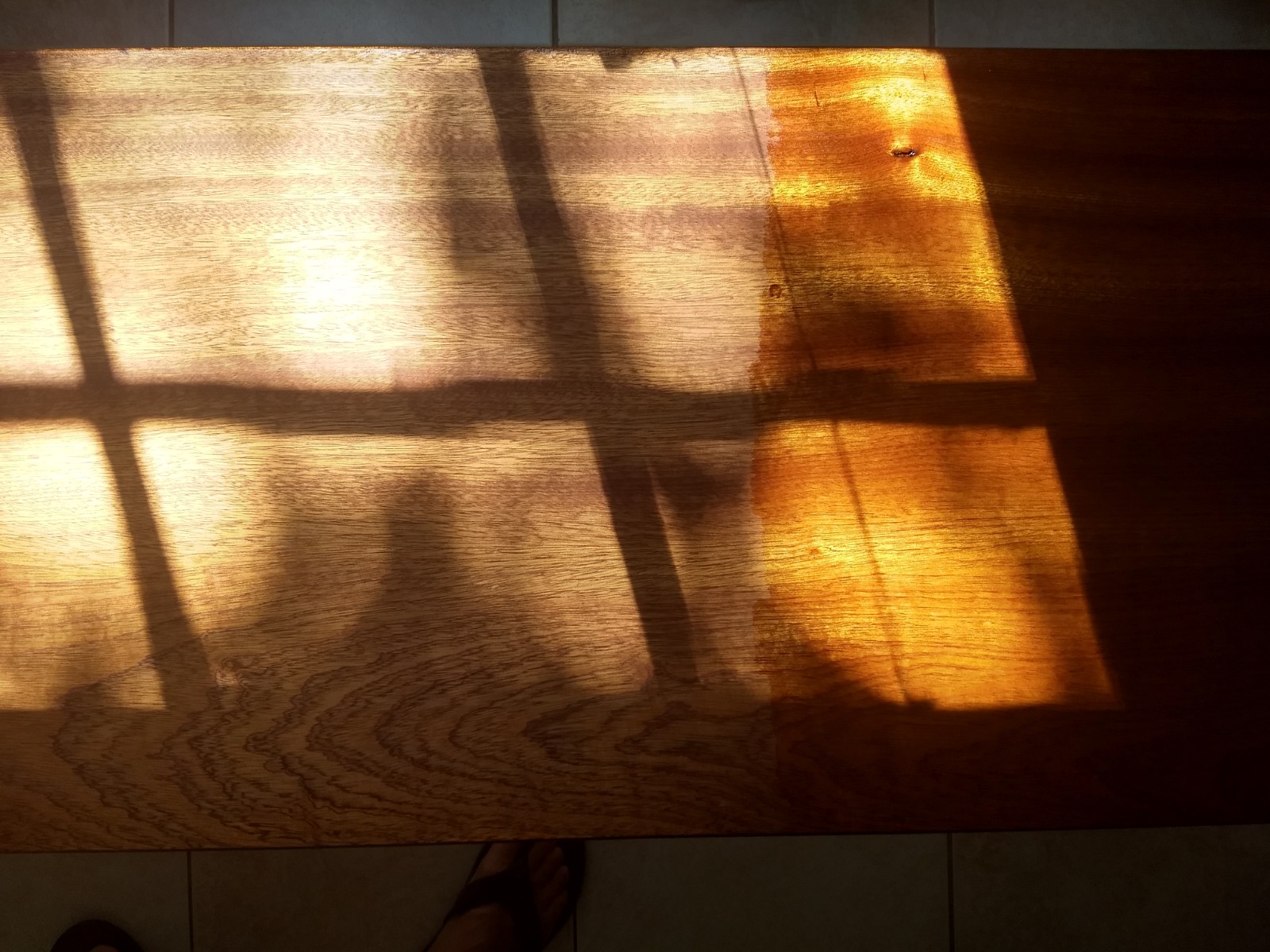 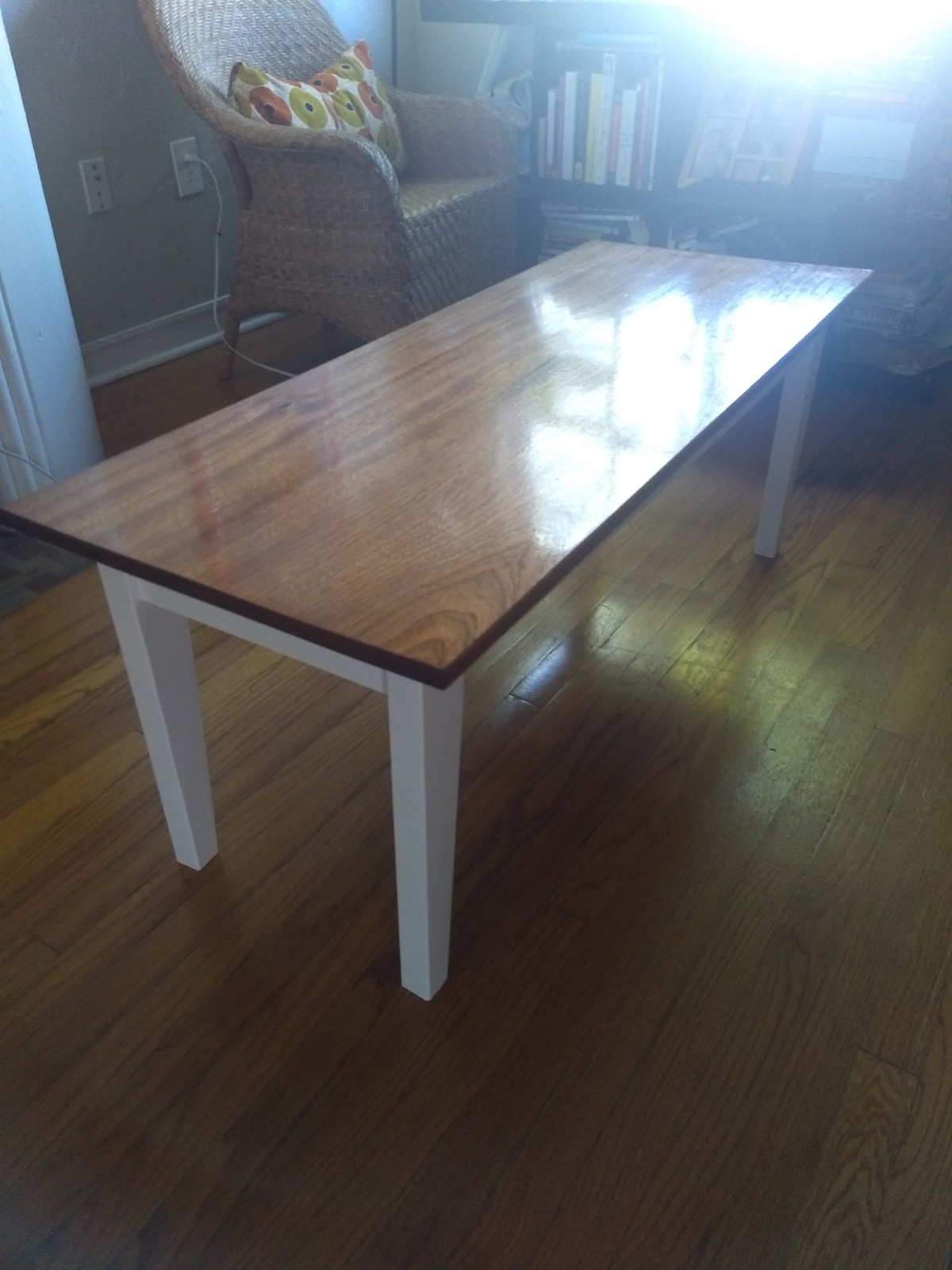