My dad has long his surfboards in a pile under a tarp in the back yard, so I decided to make him a board rack for Christmas. This was a relatively quick project - kinda nice to do a construction project instead of all the fine woodworking I’ve been doing lately. Zero sanding!

I went with a free-standing rack, because I was nervous about attaching it to the fence (I didn’t know if the supports could bear the weight) or the house (didn’t want to deal with possible moisture penetration). This also means the rack can easily be moved if necessary.

Even home cheapo construction lumber is expensive right now, and 2x4s are largely overkill for a lot of the parts I need, so I decided to rip some 2x6s in thirds for much of the material. I used full dimension boards for the main structural elements - 2x4s for the vertical supports, and 2x6s for the base. I played with a few options on paper and settled on this as a good way to make the most of lumber in readily-available dimensions.

Here’s everything ripped and cut to length. Man is construction lumber utter crap compared to the hardwoods and clear pine/fir I’ve been working with. So many knots and missing chunks, even in the best I could find in the pile. That’s probably why you need a 2x4 - to account for the defects in addition to the low density. 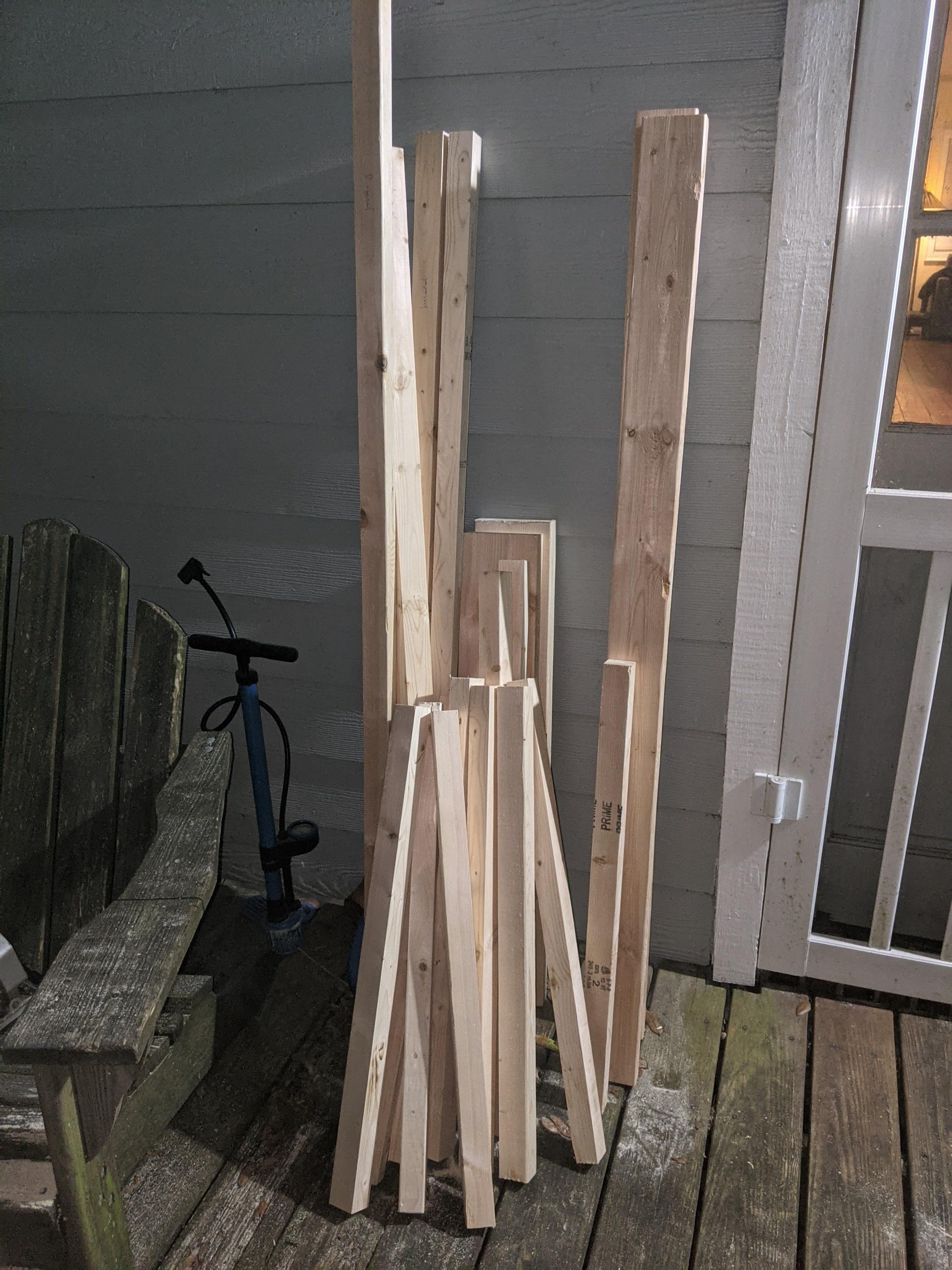 Each half is a vertical backbone over a base, with small arms for the boards. Expecting them to sag, I angled the arms about 10 degrees upwards. The base is attached with a bunch of screws, well spread out, since I used a 2x6 here. This close to the ends of the boards, the wood had a tendency to want to split, so I pre-drilled holes for each screw. I ran out of screws partway through, so I was only able to do two per arm on one half, and four per arm on the other half (two from the outside, two from the inside). After a few months of use, the two-screw half is decidedly sagging, while the four-screw side is holding up fine. This wood is so soft it really needs the extra fasteners.

I left a bit extra spacing between the bottom few arms to allow for boards with large skeg fins. The verticals protrude a bit past the top arms to prevent the top board from sliding off the back, and to leave something to attach a tarp to. 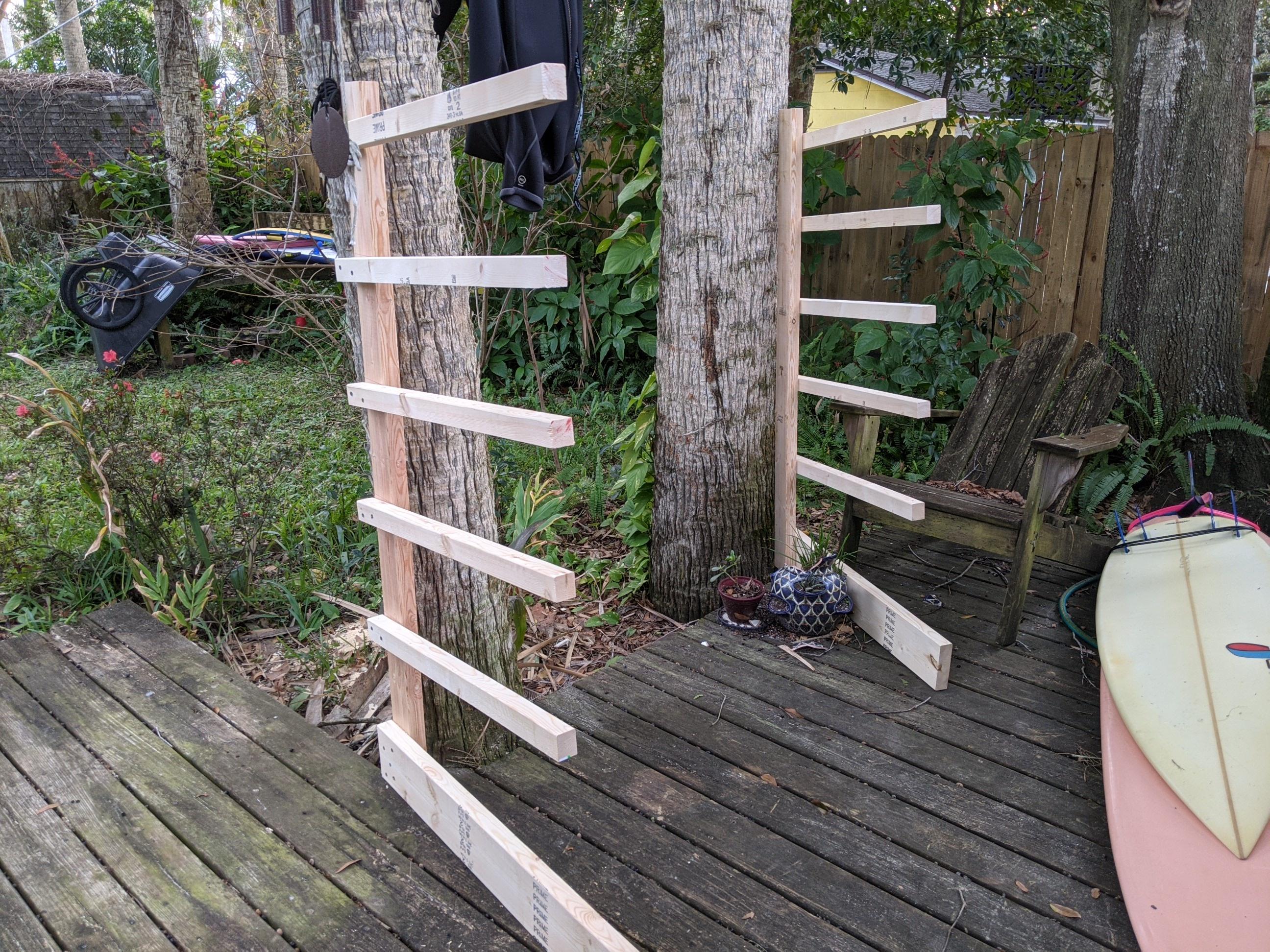 Another approach I considered was to fill the gaps between each arm with 2x4s sistered to the main support. This way the arms would also be sandwiched top and bottom, which would help hold them up. Rigidity isn’t important, just that they don’t pivot below a certain point. I probably would’ve done this, but it seemed like overkill, and I didn’t have easy access to a miter saw to make consistent angled cuts.

I fleshed out the structure with some horizontal members, and a long diagonal piece to keep the frame from going skew, which did a lot to stiffen it up. I also added struts between the feet and verticals to ensure the main body stays upright. 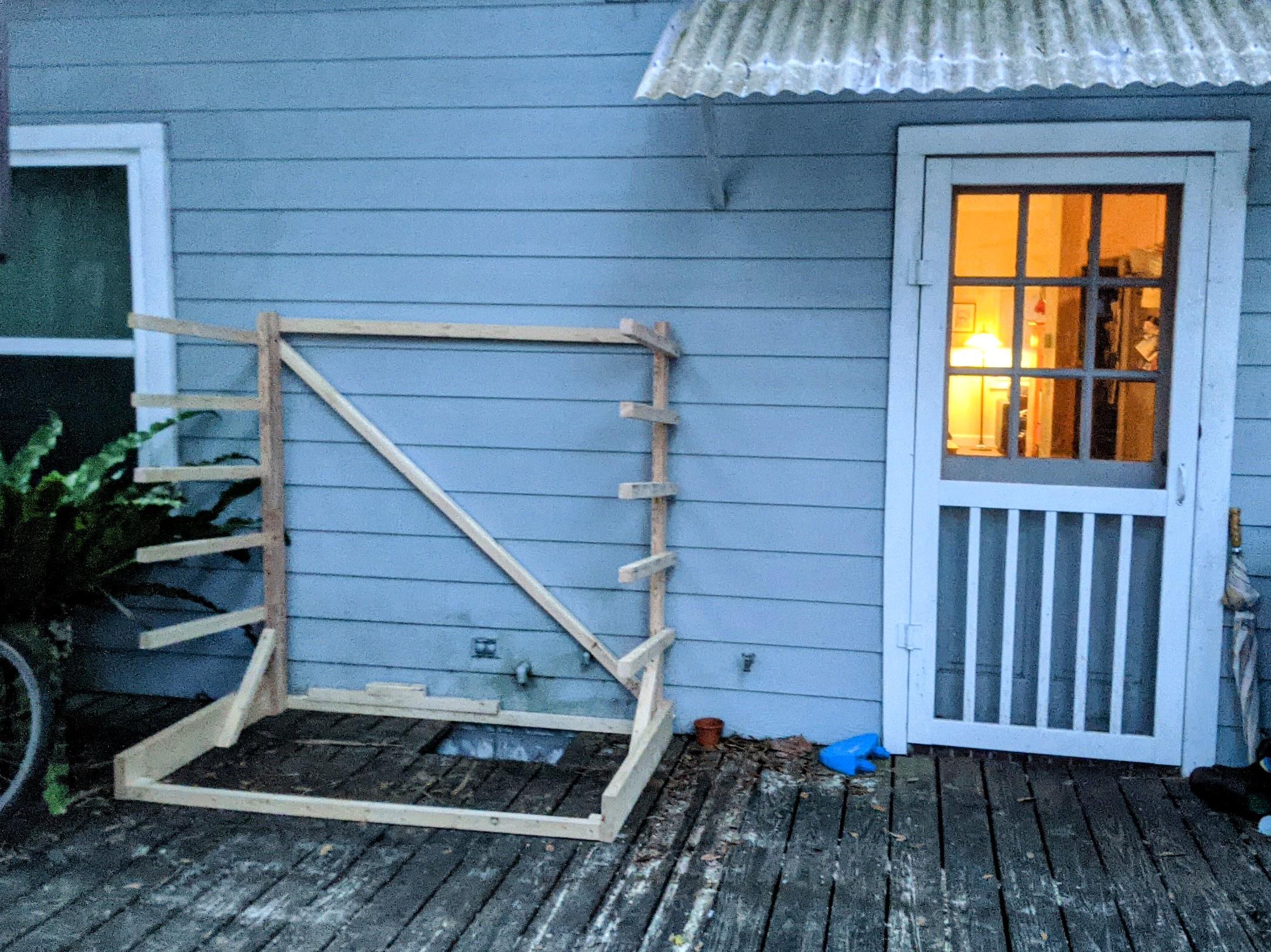 And here it is with boards in place! At some point I’ll have to go back and add extra screws to reinforce those arms, and maybe slap some paint on the rack to increase its longevity. For now it gets the job done. 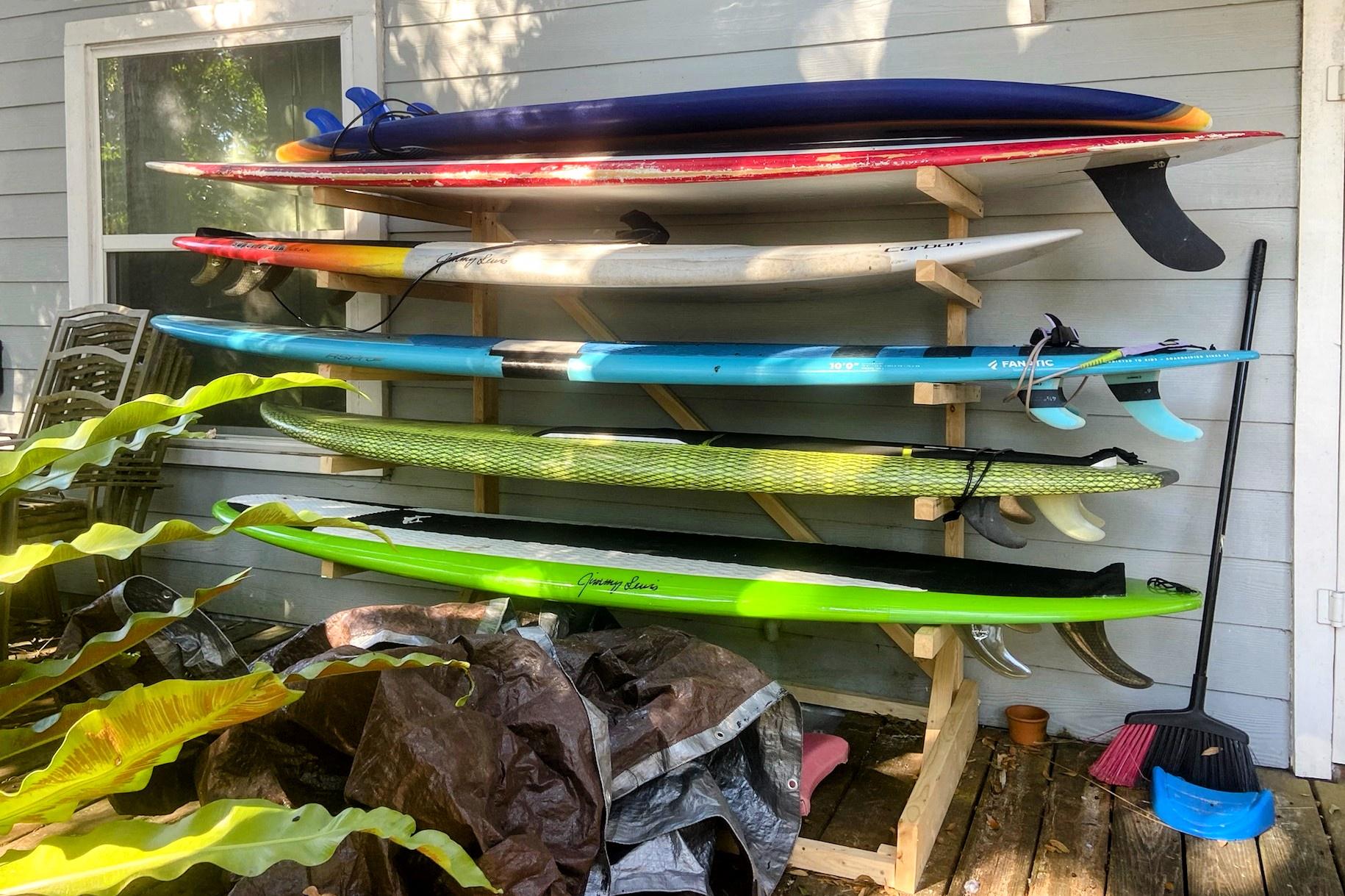